The New York Yankees have many question marks throughout their entire roster this offseason. From the back end of their starting pitching rotation, to across the infield, the Yankees have problems and general manager Brian Cashman needs to smooth things out. Aside from Brett Gardner in left, Jacoby Ellsbury in center, and Brian McCann behind the plate, (who all have histories with injuries) the Yankees do not have many “sure things.”

Let’s take a look, position-by-position, of who the Yankees currently have on their roster and who could possibly end up there. 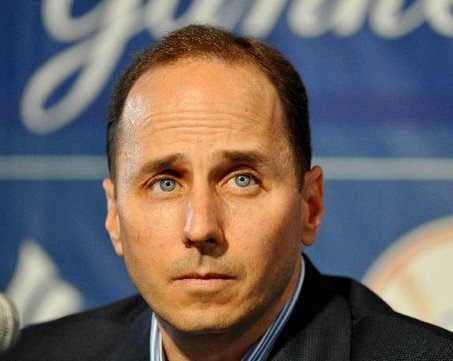 Outlook:
The Yankees have four legitimate starting pitchers already signed for the 2015 season. That might make things a little easier for Cashman as he looks to bolster his staff. Rumors swirling around the league hint that the Yankees would like to reunite with Brandon McCarthy who posted an impressive 7-5 record with an ERA of 2.89 in 14 starts after a midseason trade from Arizona. A reunion with McCarthy would most likely be in the range of two to three years. The Yankees have also been rumored to be a “sleeping giant” for Max Scherzer per an National League executive. The Yankees have a somewhat solid foundation at starting pitcher compared to other positions. Adding an arm like McCarthy would help with depth, but adding someone like Scherzer into a rotation with a healthy Tanaka and Sabathia could be a huge plus for the Yankees pitching staff in 2015. The only downside of Scherzer would be the money that it would cost to get him in pinstripes. Would Cashman be willing to open his wallet for Scherzer when they have bigger concerns?

Free Agent Bullpen Options:
David Robertson, Andrew Miller, Sean Burnett, Luke Gregorson, Luke Hochevar, Evan Meek, Sergio Santos
Outlook:
The Yankees main priority, not only for the bullpen, but for their entire winter should be to re-sign closer David Robertson. Robertson has been an anchor in their bullpen for many years and should be for years to come. He has been dominant since day one. A home grown talent that can shut the door in the ninth. If Robertson were to sign elsewhere, the Yankees could be a strong contender in the Andrew Miller sweepstakes. Miller is a left handed reliever who could possible be a closer if needed. Miller would be expensive so if the Yankees resigned Robertson, it would be unlikely they would still be in play for Miller. The Yankee bullpen has potential to be a great one if Robertson were to return. Warren, Betances, Robertson, and Kelly is a good foundation and there are always players that pop up throughout the season who contribute.

Prediction: The Yankees resign David Robertson to be the closer and add a few more relievers off waivers and throughout spring training.

Outlook:
Brian McCann will be the starting catcher for the Yankees this season. There is no question about that. However, the battle for McCann’s backup got a whole lot more interesting with the trade of Francisco Cervelli. Cervelli would have most likely gotten that job, but now it is up for grabs. John Ryan Murphy showed impressive skill with the bat and behind the dish in his chances when Cervelli was injured last year. Austin Romine’s future with the Yankees does not look so great because he is out of options. Either he makes the team out of spring training, or the Yankees release him. Gary Sanchez is a name that Yankee fans have heard of before. He has been a top prospect in the organization for a few years now, but he still may not be ready for the show.

Prediction:
Brian McCann is the starting catcher with John Ryan Murphy as the backup. Romine gets released and they sign a veteran catcher to a minor league contract to give them depth behind Murphy.

Outlook:
Mark Teixeira will most likely start the season as the Yankees’ first baseman. Joe Girardi has said that he will test out their aging, overpaid third baseman Alex Rodriguez at first base. He would give the Yankees some depth at the position without going into free agency to get it. The Yankees don’t seem to have any interest in the free agent first baseman out there, so it looks like they will take their chances with injury plagued Teixeira and aging Rodriguez.

Prediction: Teixeira plays around 100 games at first with Rodriguez and a few other “fill-ins” also getting time there.

Outlook:
The Yankees love what they got when they traded for Martin Prado at the deadline last July. The Yanks hope that he can man second base for most of the season and also fill in around the diamond as well. Prado is solid with the stick and slick with the leather. He had timely hitting last season and could very well get back to his old form. The Yankees will most likely hold on to Brendan Ryan for infield depth as he could play multiple positions. The Yankees most likely wont go after a free agent second baseman because they already have better options on the roster.

Outlook:
The Yankees are in a situation this offseason that they have not been in over two decades. They are looking for someone to play shortstop in the bronx. Living legend Derek Jeter has retired and that leaves the Yankees searching for his successor. There are a few names on the free agent list that the Yankees might look into, such as Asdrubal Cabrera, and Stephen Drew. Yankee fans aren't too happy with the Yankees interest in Stephen Drew. His defense is above average but he cant hit a lick. There is also the big name that is looming that Yankee fans would love to hear, Troy Tulowitzki. A trade with the Rockies to land Tulo would require the Yankees to part with their top prospects and take on the heavy money that is remaining on his contract. Tulowitzki has been rumored to want to be Jeter’s replacement as he was a Yankee fan growing up and even attended a Yankee game while he was injured last season to see his idol play one last time. A trade for Tulo is not impossible and he would be a great replacement as he could man the position for years to come.

Prediction:
The Yankees sign Stephen Drew to a two year contract and let things play out between him, Brendan Ryan, and Martin Prado for shortstop and second base. The asking price might be a little too high for Cashman to pull the trigger on a deal with the Rockies for Tulowitzki.

Outlook:
Ideally, the Yankees would like to resign Chase Headley to a multi-year contract. At the moment it looks very possible that it will get done and he will be a Yankee for the upcoming years. Headley was a buy-low trade acquisition last July and he showed an immediate impact as he hit a walk off single in his first game as a Yankee. Headley looks to be the leading candidate to be the starting third baseman for the Yankees in 2015 with Alex Rodriguez as a backup/DH.

Prediction:
The Yankees resign Chase Headley and he is the starting third baseman next season and for the next few years. Alex Rodriguez backs him up and gets time at DH and first base.

Outlook:
The Yankees have two outfielders in Brett Gardner and Jacoby Ellsbury that will be starting majority of the season in the outfield of Yankee Stadium. Carlos Beltran projects to be the right fielder as of now but he has a history of injuries and is far from a lock in the outfield. The Yankees recently resigned Chris Young to be a fourth outfielder which would help give Beltran days off. It is unlikely that the Yankees chase any of the big name outfielders as they have bigger needs at other positions. However, you can never count out the Yankees when it comes to opening up their wallets.

Prediction:
The Yankees will start the 2015 season with Gardner, Ellsbury, and Beltran in their outfield and most likely add another outfielder sometime throughout the season.

I believe that the Yankees will end up resigning David Robertson, Brandon McCarthy, Chase Headley, and Stephen Drew. I do not believe the Yankees will sign any of the big free agent pitchers or bats. I think they will sign a few smaller pieces to fill in spots that they feel need depth at. If the Yankees do in fact make a big splash this offseason, I think it will be via trade rather than free agency. I could see the Yankees making deal to either bring Elvis Andrus or Troy Tulowitzki to the Bronx. They would need to give up a few promising prospects, but they are one of few teams that can take on the remaining money of either contract.