Why we should not expect much from Alex Rodriguez

The one question on millions of Yankees fan's minds is what to expect from Alex Rodriguez in the upcoming season. 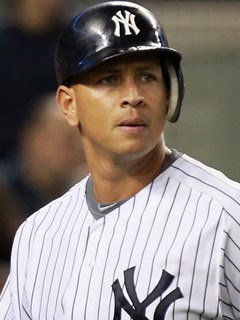 A-Rod, who is 46 homers shy of 700, is returning from a yearlong suspension for violation of the MLB's Performance Enhancing Drug (PED) Policy. He also recently had another hip surgery, and is approaching the age of 40 (he turns 40 July 27).

Not many players who have played past the age of 40 have been very productive. Take Derek Jeter for example. Jeter sported a .256 batting average, much lower than is career average of .310. A-Rod, who carries a .299 career batting average, hit just .244 in his injury and suspension shortened 2013 campaign. Raul Ibanez is another player who tried to play after the age of 40. After he turned 40, Ibanez played 130 games (40), 124 games (41), and 90 games (42). He was turned from an everyday player to just a platoon player.

Factoring in his age and his history of injury, A-Rod is going to be a utility and platoon player at best where he is likely to see a little time at third base, first base and designated hitter. Brian Cashman seems to think so, as he went out and signed Chase Headly to a 4 year, $50 million deal, and traded for Garret Jones, who has experience as a DH. And don't forget about Beltran, who may still have elbow problems and need to DH.

Only time will tell what A-Rod will be able to give this team, but it seems that Yankees management and fans everywhere aren't expecting much from him, and their expectations aren't unwarranted.