In case you’ve missed it, the New York Yankees have had a HUGE day today. First, the club acquired Didi Gregorius from the Arizona Diamondbacks in a deal that sent young starting pitcher Shane Greene to the Tigers. Then, the Yankees made another splash signing relief pitcher Andrew Miller. Didi Gregorius
Gregorius is a strong fielder and there’s no way around that. Since being called up, he has flashed the leather and has shown signs of hitting for a decent amount of power for a shortstop. As a lefty in Yankee Stadium, his power numbers will likely increase. Versatility is a plus for Gregorius as he has seen time at second base, third base and at his primary position shortstop. Do I think Gregorius is the future shortstop for the Yankees? Probably not, but I do believe he provides security at the shortstop position for the next few seasons.

Shane Greene
On Friday, the Yankees dealt Shane Greene. Although I am not too high on moving him, I believe this opens up endless possibilities for the Yankees. Yankees manager Joe Girardi recently brought up the possibility of Adam Warren joining the starting rotation. Warren pitched incredibly well in the rotation in college, and some in the minor leagues, but most of us would agree that the bullpen will better suit him. This leaves the Yankees with possibilities of CC Sabathia, Masahiro Tanaka, Michael Pineda, David Phelps and Ivan Nova (returning in May or June) in the rotation. What’s the solution? Resign Brandon McCarthy and sign either Max Scherzer or Jon Lester and that could make up one of the best rotations in baseball.

Andrew Miller
Let’s face it; the Andrew Miller signing is the best move the Yankees made all day. Miller posted an ERA of 2.02 with 103 strikeouts in just 62.1 innings pitched with the Red Sox and Orioles in 2014. He is a strikeout artist striking out 14.87 per nine innings as well as being second in the MLB in strikeout rate at 42.6%. Combining with Dellin Betances, this poses one of the best righty/lefty duos in any bullpen. As for David Robertson, it is unclear whether he will be back. In bringing him back, the Yankees would have a three-headed monster making up what could be the best bullpen in baseball. On the flipside, Robertson returning to New York could cause three incredibly talented arms competing for innings and not pitching as often as they may like. 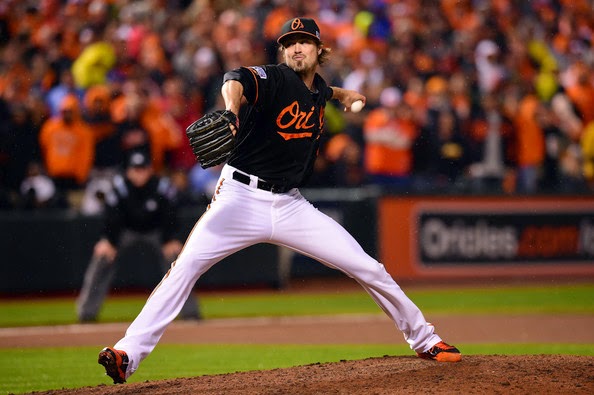 In all, the Yankees got better today. Gregorius has the potential to be a solid starting shortstop that will hit at the bottom of the order. As much as it hurts to lose Greene, this opens up numerous possibilities that would upgrade to the rotation. Miller has quickly become one of the best land-handed relievers in baseball and dramatically improves the pen and also makes up for the possibility of losing Robertson to free-agency. GM Brian Cashman took some major steps towards putting together a solid team in 2015 today. With a couple more moves on the to-do list, the Yankees are not too far from contending in the upcoming season.