I don’t think anyone else was harder during the regular season on Brian McCann than I was, myself. I found myself disappointed that this $85 million man wasn’t hitting 30 home runs and batting above .250, but when I looked at his career numbers I found myself a bit more understanding about his performance. Simply put, while I think Brian McCann is an all-star caliber catcher, he is not the elite one he has been hyped to be. 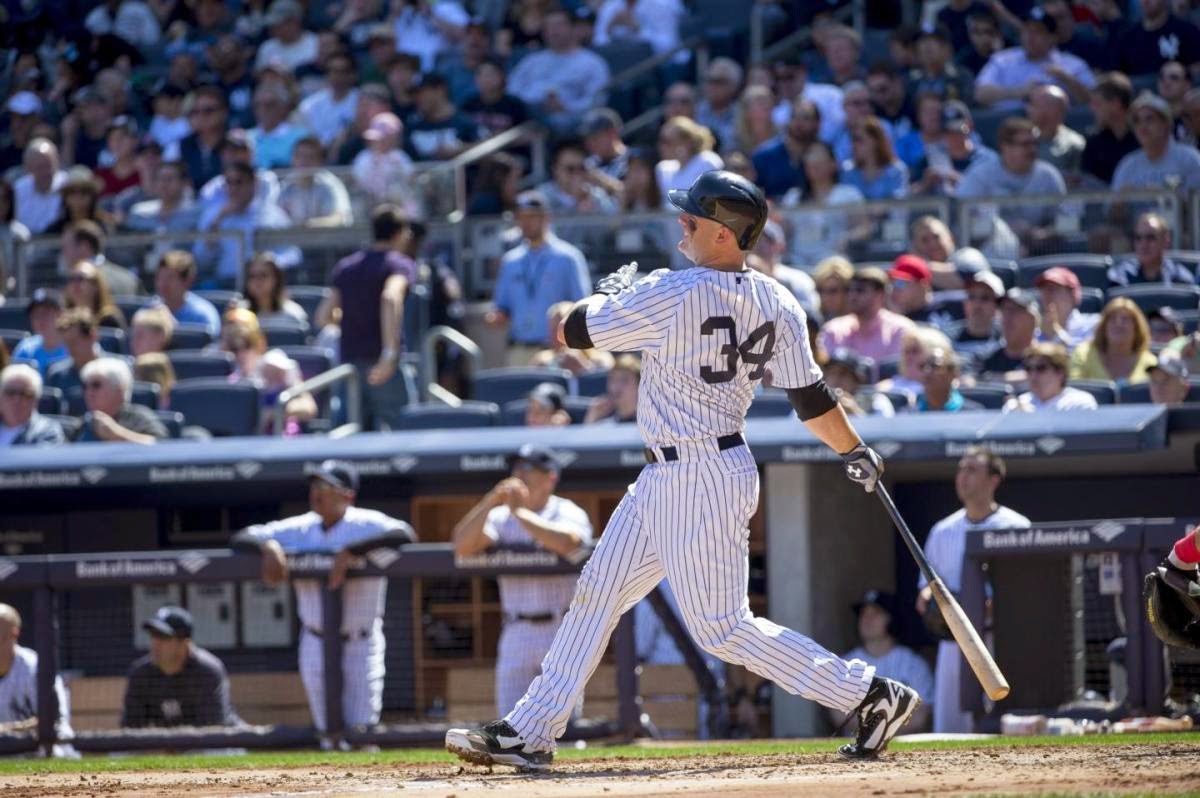 Last winter I certainly wanted the Yankees to sign him. The Yankees had a huge hole at catcher since Jorge Posada retired and McCann seemed to be the perfect answer. Writers drooled over the speculation that putting McCann’s power swing in Yankee stadium should yield at least 30 home runs. Perhaps he could even get to 40.

This all was far unrealistic however. McCann hasn’t ever hit 30 home runs. In fact he’s never even hit 25. True, McCann has been consistent and hit at least 20 home runs eight of his nine full seasons in the big leagues, but not once has he topped the 30 mark. By this career trend, McCann’s 23 shots were actually a success in his first full season in the Bronx. I don’t see any reason for this to stop and feel you can pencil McCann in for another 20-25 home runs this year. Sure, the shift might be hurting his average, but it can’t stop him if he’s hitting it out as he’s done consistently for the last decade.

Speaking of the shift, it was pretty brutal watching McCann struggle with it all this year. Since its introduction to the league the shift has really killed the average of a lot of players (Mark Teixeira) and McCann seems to becoming a victim of it. Or is he?

McCann hit .256 in 2013, but the year before he hit a meager .230, which is right on the .232 he hit his first year in pinstripes. The most obvious place to point fingers is at the shift. True the shift hurt McCann on ground balls as his average on grounders was an abysmal .131. That’s killer low and definitely hurt his average. However, oddly enough, McCann actually hit .286 on all pull side balls. Thus, aside from ground balls, the shift wasn’t exactly affecting McCann’s average.

This my friends is what we call bad luck. I can’t in good faith call a 67 point dip in average against the handedness you should hit best a trend after just one year. His career numbers show it. This isn’t how Brian McCann hits righties and it appears he had an off year hitting the ball to reach base. This isn’t too unreasonable to me. Playing in the Bronx is a big adjustment, especially to a small town guy like McCann. Despite this all, he still drove in 75 runs which has to be encouraging considering such a dip in average.

In sum, McCann’s ‘disappointing’ season wasn’t all too disappointing at all. He posted numbers fairly consistent with his career trends despite an absurdly weird number against right handed pitching. I think high expectations turned many against him including myself and I am glad I dug deeper into his numbers to find out he actually played pretty well.

Such a low batting average won’t continue from McCann and he has nowhere to go but up. His power has remained and shows no signs of slowing down, all of which are indications of a strong season coming for the bald backstop in New York.
2015 McCann Prediction: .259 AVG, 25 HR, 85 RBI