A lot went wrong for the 2014 Yankees and Carlos Beltran was a lot of that wrong. Signed in what appeared to be an overreaction move to the departure of Robinson Cano, Beltran was given three years for a total of $45 million. At the time I thought it would be decent in the short term, but that the third year would hurt. Little did I know the whole contract would turn out to be a disaster. 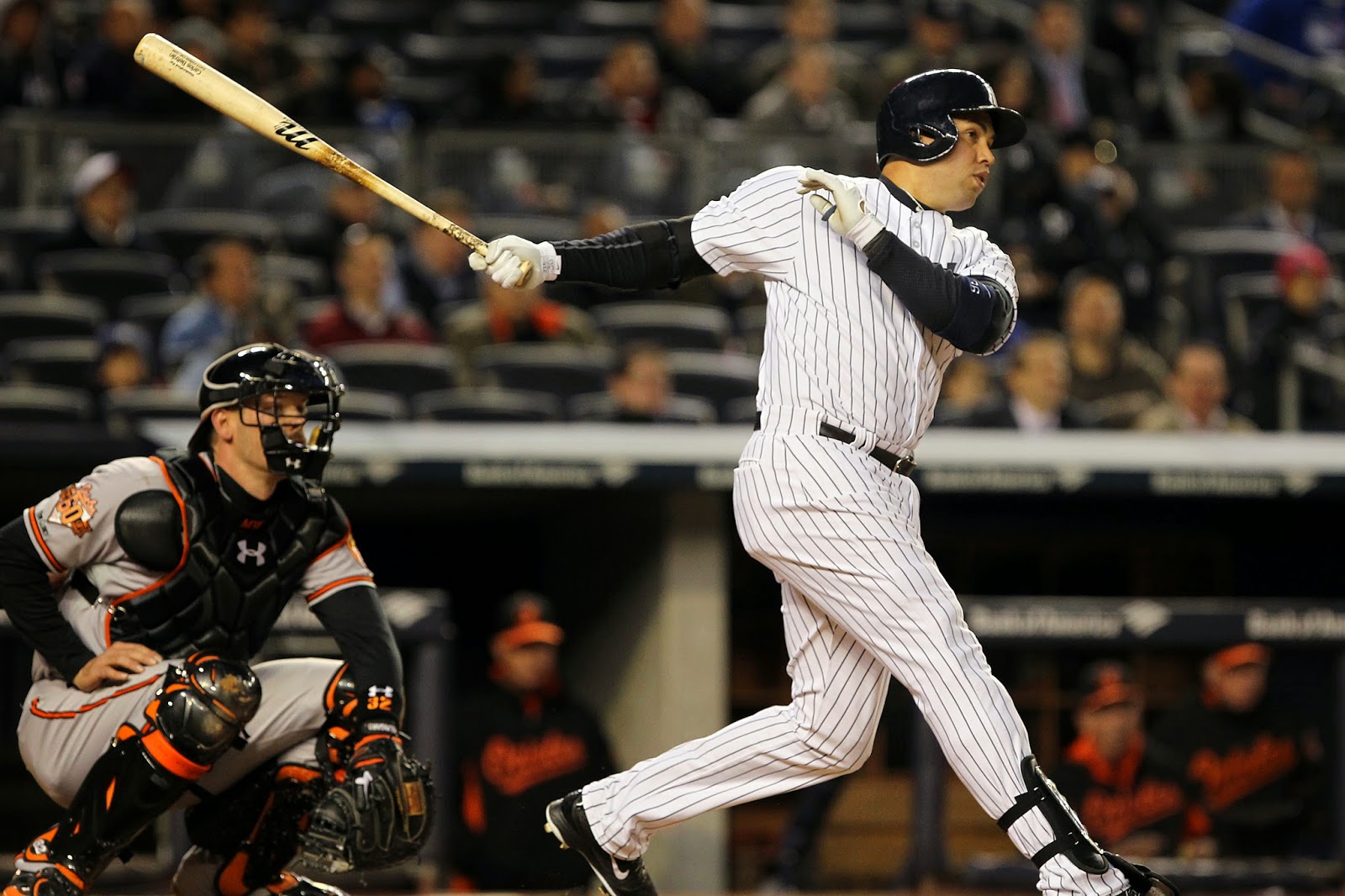 (photo via imgkid.com)
To be fair Beltran has been a solid player throughout his career. He broke into the big leagues with the Royals and was solid from the start. At one point he even played a big role in the Astros playoffs runs in the early to mid-2000s. He then moved on to the Mets and was outstanding his first few years before falling into a funk his last few years in the Queens. After a stint in San Francisco he signed with the Cardinals and enjoyed a resurgence in 2012 and turned in another strong year in 2013. Beltran has wanted to play for the Yankees for quite a while and last year that wish came true.

To me, I think we have waited five years too late to sign Carlos Beltran. There’s an immense amount of risk associated with signing what was a 36 year old to such a massive deal. The Beltran contract is the exact fit for the stereotype that the Yankees are a bunch of overpaid veterans past their prime. To me, it makes no sense to pay top dollar for the worst year of a player’s career.

Despite all this I was excited to see Beltran in Pinstripes and to my dismay most of what I saw from him disgusted me. As far as basic numbers go, Beltran hit a weak .233 AVG. accompanied by a dismal OBP of .301. When we dig deeper he also posted a below average OPS+ at 98 and had a negative WAR at -0.2. Brett Gardner hit more home runs than him. Not good.

Additionally, Beltran was the most injured switch hitter in the Yankee lineup. That’s right Mark Teixeira haters. Beltran played 109 games as opposed to Teixeira’s 123, missing that time with an ongoing elbow injury. What bothers me most about the injury is the way the he and the team handled it. When it was diagnosed, it came out the surgery to repair the problem would have a recovery time of a month or two. Instead, he decided to try and play through the pain (and not address the root of the problem) and was out as long as the surgery recovery time anyways. Talk about crazy.

I think what concerns me most about Beltran is what can’t be measured. I have never seen a more apathetic player on the field, as Beltran didn’t hustle at all when he played. Two cases in particular come to mind. The first of which was a ball hit into the right-center gap in which Ellsbury went back on the ball and was not able to catch it. The ball then rolled all the way to the wall because Carlos Beltran, who had all day to get there, was sitting in right field, not backing up the play, which allowed more runs than should’ve score.

The second case drives me even crazier. Carlos Beltran was on third base with Jacoby Ellsbury up to bat. Ellsbury ripped one into right field and attempted to stretch it into a double and was thrown out at second. The assumption was this was tolerable because Beltran surely scored before he was thrown out, right? Wrong. Beltran decided to hot dog it and walk home on the play and did not score before Ellsbury was thrown out. In other words, Jacoby Ellsbury went 180 feet and Beltran couldn’t make it 90 feet in that time. That kind of junk is not what we are paying him $45 million for.

I know I have been harsh on Beltran, but to be honest there’s not much I feel there’s much good to say about him. Even when healthy he looked completely overmatched at the plate and his timing was way off and this was all season long. Coupled with his declining defense, he could be confined the DH, which creates a real issue as the Yankees seem to want Alex Rodriguez at DH.

To be fair, I want Beltran to succeed and tend to be hard on guys who I think should be playing far better than they should be and Beltran is a good example of that. However, when I look at all the numbers and information, I can’t find any reason to be hopeful, as in a few months he will be 38 and farther past his prime.

I do think there is some hope in the fact he has had the surgery and should be completely healthy by the start of spring training. This alone won’t be enough though and he will need to actually sweat some and work hard instead of sitting on his money and acting like results will happen. Even then, I’m pretty worried about his timing as he never seemed to ever settle in, which most guys usually do.

Whereas my first few Pinstripe Previews were pretty optimistic, I don’t need to tell you this one hasn’t been. I apologize folks, but I aim to bring you only the reality of the matter and when I have no reason to believe something will happen, I won’t lie and tell you it will. Set your bar low for Beltran this year as that’s likely where he will be and if he does perform in the slightest, it’ll be a pleasant surprise.
2015 Beltran Prediction: .240 AVG, 16 HR, 60 RBI