The Pros and Cons of Stephen Drew

It is official (or will be once he passes his physical). Stephen Drew has re-signed with the Yankees on a one-year $5 million deal ($7 million if he hits incentives). Most fan reaction was either up in arms calling for Cashman’s head or gave it a general "meh." Let's take a look at some of the pros and cons of his signing. 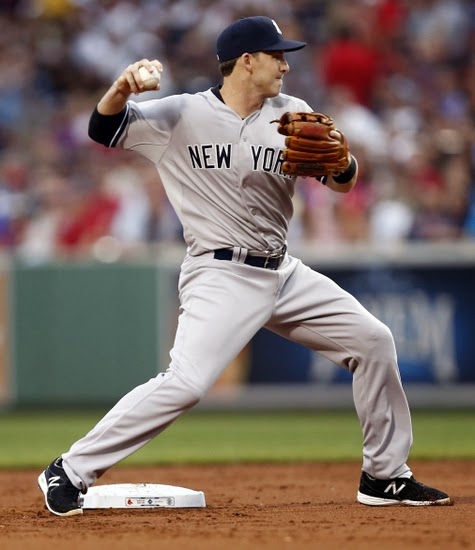 Cons
My final tally has it 7-5 pro. I've been hankering for a position player to come through the system to pan out and I think many Yankees fans feel the same way. I was pretty excited to see Refsnyder come opening day and I’m definitely bummed that is no longer happening. That being said I don't think this is a bad move.

For me it really comes down to money. If this deal was for the $7-$10 million he was supposedly after I don’t think I’d like the deal. If Drew returns to form he can help the Yankees return to playoffs in an up for grabs AL East. He'll then likely leave in the offseason allowing a more seasoned Refsnyder or Pirela to take the reigns in 2016. If he stinks up the joint like he did last year he'll be cut or traded during the season and one of them will replace him anyway.

Has the list swayed your opinion? Am I insane for thinking signing Drew isn’t that bad? What do you think about this signing?