The Curious Case of Eric Jagielo

Non-roster invitees serve a variety of roles in spring training such as pitching batting practice and filling out split squad games. Non-roster invitees are often a mix of veteran’s looking for another shot, fringe players who have moved on to another organization and prospects who are being rewarded with a taste of the big leagues. The Yankees current crop is no different. The Yankees have 27 invitees, grouped into 12 pitchers, five catchers, seven infielders and three outfielders.  Notable top prospects include Jacob Lindgren, Luis Servino, Greg Bird, Rob Refsnyder and Aaron Judge. 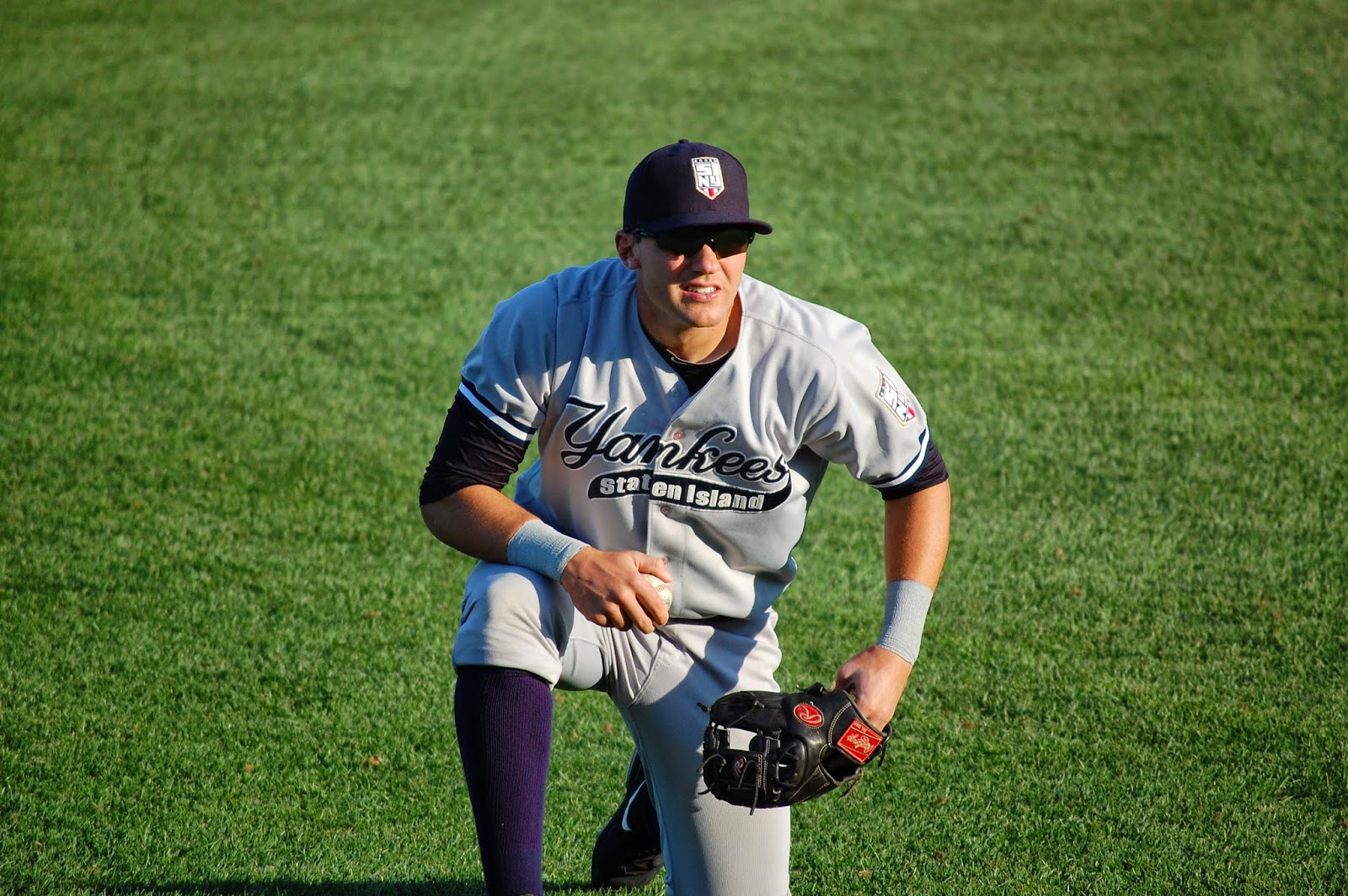 However, it does seem interesting that the Yankees deemed Cole Figueroa, Jonathan Galvez and Nick Noonan were worthy of being in the big league camp ahead of Jagielo. There was conversation earlier in the offseason that they could compete for the third base or second base job but the re-signings of Stephen Drew and Chase Headley means none of that group are likely to make the team.

The only real shot for any of the aforementioned trio to make the team is knocking Brendan Ryan out of his utility role. Barring a Yangervis Solarte type of spring training, it’s safe to say they’ll either be released or relegated to the minors. If that’s the case, why are they in big league camp when a former first round draft pick who has performed admirably in his two seasons is not?

The offseason re-signing of Chase Headley only adds to the intrigue of where exactly Jagielo stands within the organization. With Headley signed for four years, if Jagielo were to stick at third base, he wouldn’t make it to the show full time until he was 27. Six years is too long for a “polished hitter” to spend in the Minors.

There is the feeling among scouts that his defense at the hot corner will eventually force him to move to first base. With Mark Teixeira missing more time every year and his contract expiring soon, it would be possible for Jagielo to make the switch.

There is just one problem, Greg Bird has eclipsed Jagielo in prospect status and is Teixeira’s heir apparent. If Bird rakes like he did last year in the minors there is a possibility he may get a shot this year.  There isn’t even talk of Jagielo making it to The Show this year.

With no openings (barring injury or trade) at the two positions he could realistically play coupled with not receiving an invitation to Spring Training Jagielo faces a murky future with the New York Yankees.  In my opinion Eric Jagielo’s value for the Yankees will come in a trade either as a centerpiece or highly-valued complimentary player. What do you think is Eric Jagielo’s future?