By Chad Raines - June 29, 2015
The week didn’t go exactly as planned for the Yankees. They hosted and lost a three game set against the lowly Phillies, then traveled to Houston where they split (but easily could have won) a four game series. The Yanks finished the week 3-4 and now sit .5 games out of a crunched up AL East division. 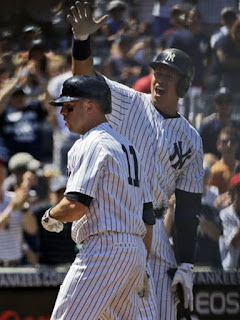 The most notable Yankee this week was Brett Gardner. He batted a solid .500 (13-26) and his two homers and 4 doubles helped him earn a slugging percentage of .855 for the week. Brett the jet is in a groove and most definitely deserves a spot in the All Star game. Gardy was also selected as the American League Player of the Week!

Last week we heard that Ivan Nova was potentially going to rejoin the team. And in the final game of the three game series against the Phillies, he took the hill hoping to bring a consistent arm into the Yankee rotation. Nova went 6 2/3 shutout innings and surrendered only three hits as the Yanks avoided the sweep. 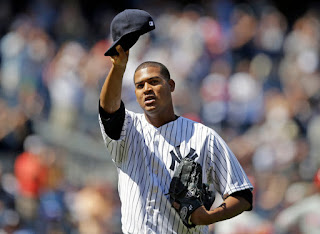 Like most, I figured Girardi would send Adam Warren to the bullpen once Nova returned from injury. However, the Yankee skipper decided to go with a 6 man rotation (Pineda, Tanaka, Nova, Eovaldi, Sabathia and Warren). In the beginning, I liked the idea of having a 6-man rotation.

However, with the injury to Andrew Miller, I would rather see Warren in the bullpen. The stats for the first week of the 6-man rotation were also not too hot. Masahiro Tanaka had a 10.86 ERA this week, Sabathia had an 11.57 ERA, and Pineda had a 7.94 ERA. If the Yankees want to keep moving forward and take the division, they need to brush off the dust and get back at it this week with stellar pitching, and consistent hitting.

Injuries was a popular topic of discussion this week. Entering Wednesday, Mark Teixiera missed some time (2 games) due to a neck issue that was bothering him for two weeks. After encouraging MRI results, he was given a cortisone shot and was back in the lineup. The 35 year old slugger leads the Yanks in home runs this year.

Wednesday night, the Yankees placed Brandan Ryan on the DL with a right thoracic strain in his upper back. He only played six games this year after he came off the DL with a calf strain. It seems as if Ryan has spent more time on the DL than he has on the roster. In the six games he has played, he is hitting .308.

Also on a busy Wednesday, Yankees’ closer Andrew Miller threw for the first time since being placed on the DL with a strained left flexor muscle on June 10th. Miller made 25 throws on flat ground from 60 feet. There is no public timetable on when he will return, but the ligament is fine, and he is not going to rush a return to the team. The Yankees hope it’s soon as he notched 17 saves in 17 chances while striking out 43 and walking 10 this season. Girardi hopes Miller will be tossing on a mound by the end of the upcoming week.

Jacoby Ellsbury is also working on a return. By this upcoming week, he should be wrapping up his rehab assignment in Tampa and maybe returning to the Bronx. The Yankee centerfielder sprained his lateral collateral ligament in his knee. Prior to the DL stint, he was hitting .324 with 14 stolen bases in 37 games. Gardner and Chris Young have been filling in in center along with rookies Slade Heathscott and Mason Williams, both who have joined Ellsbury on the DL. 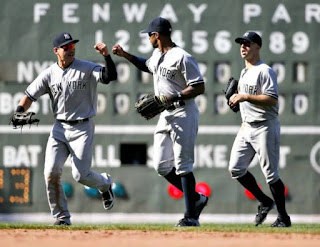 Some notable roster moves were made prior to the series finale in Houston on Sunday. The Yankees selected Esmil Rogers from AAA for bullpen support. In consecutive games, the bombers used Betances, Chasen Shreve, and Justin Wilson and Girardi listed Bryan Mitchell as unavailable. The move was meant to bring another option behind Pineda, but the bullpen was given the day off as Big Mike pitched a complete game. In 18 games, Rogers has a disgusting 6.27 ERA and I don’t figure Girardi will keep him up for long.

Along with the promotion of Rogers, the Yanks optioned Gregorio Petit to Scranton/Wilkes-Barre and moved Heathscott to the 60-day DL, as his injury was worse than expected.

Now for the minor league updates! The number 1 prospect in the organization, Luis Severino took the hill Friday night against Buffalo and in seven innings he surrendered three hits and mowed down six. After questions on the adjustment period for the righty, it appears the hitters are the ones that need the adjustment to Severino. He has not given up an earned run in the last 14 2/3 innings.

In other news, Aaron Judge and Gary Sanchez were invited to play in the 2015 All Star Futures Game. The 6’7 Judge hit .284 with 12 long balls and 44 RBIs in 63 Double-A games, and earned a promotion to Triple-A where he had two RBI’s in his first three games for the Railriders. Judge, MLB.com rated No. 57 prospect, will represent team USA in the futures game. Sanchez will oppose him on the World roster. The Dominican born catcher is hitting .256 with eight homers in double-A this year.

If you haven’t heard yet, the Yankees have a promising minor league system and the success of these prospects proves it.