By Chad Raines - June 15, 2015
Following the weekend sweep of the Los Angeles Angels, the Yankees had an off day followed by a 2-game set with the Washington Nationals. After splitting that short series, the team had another day off before a 3-game weekend set with the Baltimore Orioles. The Yankees came up on the short side of that series winning just one game to finish with a record of 2-3 this week. Let’s dive into some Yankee MLB and MiLB notes. 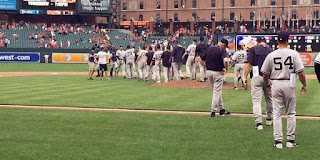 The Yankees front office made a ton of moves this week as they were a long time coming. First, the Yankees signed RP Sergio Santos to potentially provide right handed help out of the bullpen. The next thing they knew, CP Andrew Miller was headed to the disabled list. To make room for SS Brendan Ryan on the 25-man roster, OF Ramon Flores was optioned to AAA Scranton/Wilkes-Barre. The Yankees also recalled OF Mason Williams and RP Chris Martin from SWB. After designating RP David Carpenter for assignment last week, the Yankees dealt him to the Nationals for a solid 2B prospect in Tony Renda. The Yankees also optioned infielders Jose Pirela and Gregorio Petit to AAA. The Yankees then optioned Jacob Lindgren down to AAA and called up Jose Ramirez and sent down Esmil Rogers in favor of Sergio Santos.

Andrew Miller landed on the DL with a strained muscle in his forearm. He'll be completely shut down for 10-14 days with no throwing before working his way back. In an injury similar to the one Masahiro Tanaka suffered earlier this year, expect Miller to be out for roughly a month.

Mark Teixeira was on fire this past week going 8-17 (.470) with 3 doubles and 2 RBIs. He’s been getting big hits riding his modest 5-game hitting streak and flashing the wheels a bit scoring from first base on doubles. If Tex continues at this pace, you’re definitely looking at an All-Star and potentially, a dark horse MVP candidate. 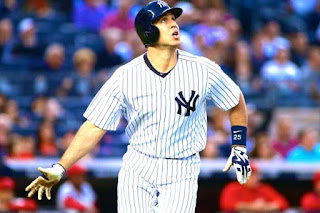 Ivan Nova is looking at potentially rejoining the starting rotation Friday in Detroit in place of Adam Warren. Although Warren has pitched pretty well, most would agree he’s better suited in the bullpen. Nova will likely be on a tight pitch count regimen but after just two rehab starts, the Yankees are highly anticipating his return in what could be a major help for the team down the stretch.

Starting pitchers struggled for the Yankees against the Orioles as only CC Sabathia got through five complete innings but his performance was average at best. I’ve been saying it all along that the Yankees must get more length out of their starting pitching. Now, Masahiro Tanaka and Nathan Eovaldi both had stellar performances as they lasted 7 innings apiece against the Nationals but that was juxtaposed by the pedestrian outings this weekend.

Believe it or not, Stephen Drew is starting to swing the bat at a satisfactory rate by his standards. He hit .278 this past week (5-18) with a 2 home run game against the Nationals ace Max Scherzer. He also hit doubles on Saturday and Sunday against the Orioles which is why his slugging percentage is as high as it is (.686 over his past 10). If he continues hitting like this, he may not be chased out of New York as soon as we initially would’ve guessed.

Justin Wilson is rapidly becoming a reliable arm out of the bullpen as he has pitched incredibly well of late. His ERA in his last 10 appearances is just 1.93 across 9.1 innings with 5 strikeouts including 2 no-hit innings with 3 strikeouts on Sunday. Initially a lefty specialist, him and Chasen Shreve are becoming dangerous arms as they have shown the ability to get righties and lefties out. Shreve continues to exemplify his status as what I tag as the third best arm in the Yankee bullpen behind Miller and Betances. Shreve carries an ERA of 1.64 in 11 innings with 10 strikeouts over his last 10 appearances. If Shreve and Wilson can consistently put together shut down innings, the bullpen may soon reach its full potential.

Austin Aune of the Charleston RiverDogs went 4-4 on Sunday and was just a single away from the cycle. After collecting the hardest three legs of the cycle, Aune came up in the ninth and cracked a double to prevent him from completing the cycle. Hitting .280 with 4 home runs and 14 doubles in 43 games, Aune may be rising on some prospect boards as of late.

Top prospect Aaron Judge smashed his 10th home run of the season on Sunday along with his 14th double of the season. Judge is hitting .283 with 10 home runs and 14 doubles in 57 games this season. At this pace, I wouldn’t be surprised if we see Judge as a September call-up as he may make the leap from AA to the big leagues. 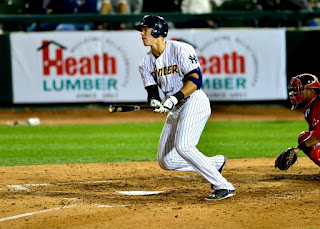 Rob Refsnyder is red hot with AAA Scranton. Following a 2 homer game on Saturday, Refsnyder is hitting .284 with 5 home runs and 19 doubles in 58 games. He’s proving his status as possibly the best pure hitting prospect the Yankees have. He’s made 12 errors at second base this year.

Jose Pirela and Gregorio Petit don’t seem too fond of being optioned to AAA. By that, I mean that they are tearing it up in the minors. Pirela is hitting .469 with 2 doubles and 1 home run in 7 games with SWB (32 ABs). Petit is hitting .400 in 5 games in the minors this year with 15 at bats. Although they both have very small sample sizes, if they continue hitting well, they may force the Yankee front office to make room for them on the big league club, or raise their trade value to another big league club.

Lastly, top prospect Luis Severino is doing well in Scranton/Wilkes-Barre. Severino is 1-0 with a 2.70 ERA in 3 starts across 16.2 total innings. He’s 3-2 with a 3.13 in 11 minor league appearances this year with SWB and the Trenton Thunder owning a 1.10 WHIP with 56 strikeouts in 54.2 innings. He’s rapidly approaching Pinstripes and is likely to make it very soon, but to be safe, I’ll say that you should expect to see him in the Bronx in September, then at the start of the 2016 season on a roster that may feature an abundance of young talent.