By Chad Raines - June 05, 2015
When it comes to Yankees fans, I have seen strength in unity. I have been a witness to the creation of an atmosphere. The quiet and serene moods suddenly turning like a violent tide. The floor shaking as though a natural disaster is about to take place. There is no science to the behavior of a Yankee fan, only passion. One merely does not take part in a roll call at the beginning of a game. It takes for one to stand on their feet, place their hands around their mouth and yell out as loud as their lungs can project. Milestones are met with ovations and curtain calls. For the visitor, no longer are they manipulating their body on auto-pilot. Not only are they conscious of their execution but they are also conscious of the roar that will ensue at the slightest hint of a miscue. Yes we are Yankee fans, we are passionate and we will show it. 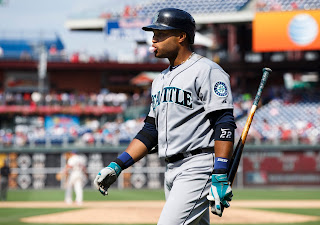 But as strong a force that is created in unity, there is one person that has seamed to drive a wedge. Robinson Cano has unglued us at the hip. For the past 2 seasons Cano has played as part of the Seattle Mariners versus the Yankees to a mixed reaction. No matter what side of the fence you are on in this situation, I can only describe it as the aftermath of a bad breakup. Everyone has their point of view. Nobody likes the situation as it stands but alas, what's done is done.

As for me, whenever I see Cano make an out, I can't help but smirk. It's my point of view and I'm entitled to it. Robinson Cano cannot draw empathy from me by saying he felt "disrespected" by the Yankees offer to him. As a person who in their lifetime will more than likely never touch the hundreds of millions of dollars he will earn through salary and endorsements, I couldn't care less of those sentiments. Besides that, let's just make one thing clear if it wasn't clear to you already, he didn't hire Scott Boras because it was the "in" thing to do. Let's not forget how Boras was politicking for the Yankees to tear up Cano's old contract so they could immediately work on a new mega million dollar contract. Cano then in a calculated move fired Boras to hire Jay-Z's firm who just so happened to get Cano in the record books as far as salary is concerned. His words weren't saying much to the public but his actions were all the early warning signals of what was to come.

And here we are the heart broken Yankee fan. He was supposed to be the next generation. He was supposed to lead a new core four. He was familiar, he was our very own. We didn't want things to end. Some of us look across the diamond and wonder why it ever had to end, while others smile at his strike outs, remember his gingerly trots to first base, and say some day or another, we will be better off without him. What side of the fence are you on?