Hey Zack Hample, Give A-Rod his Ball Back!

By Chad Raines - June 20, 2015
The notorious and quickly becoming infamous “BallHawk” as he is referred to as just had to be the one on the receiving end of Alex Rodriguez’s 3,000th hit. It came on the first pitch he saw; a solo blast to the right field seats, and right into the glove on the one and only, Zack Hample. 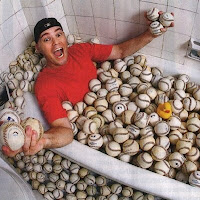 If you’re ever curious as to how to get baseball’s at professional baseball games, Zack Hample is the guy you need to talk to. Just take a look at his twitter page as he’s sitting in a bathtub of baseballs in his twitter profile picture, or “avi.”

Hample has amounted a collection of over 8,000 professional baseball throughout his “career” as a Yankee season ticket holder and fan who routinely goes to games. Hample even wrote a book titled, “How to Snag Major League Baseballs.” After tonight, he may see his sales skyrocket.

I’m sure the Yankees offered him a ton of memorabilia including signed bats, balls, you name it. Hample would’ve had the chance at meeting A-Rod as he would’ve been grateful to get the ball back and it would’ve been another success story, much like the Christian Lopez/Derek Jeter affair. But of course, A-Rod’s 3000th hit had to be complicated by a greedy fan. 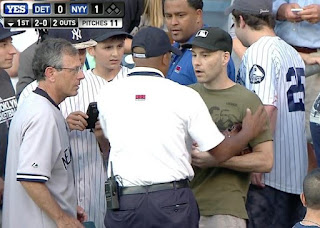 If Hample’s idea of keeping the ball means he’s going to put it on a stand and leave it sitting on his office table, that’s where I have a problem with it. As a guy with over 8,000 Major League Baseballs, this one obviously being the most valuable, how is it such a hassle to sell it back to the man who earned the rights to it, Alex Rodriguez?

In addition to the selfishness and stubbornness, Hample was sarcastic and classless in his comments to reports including statements such as, “I think that someone like Derek Jeter or Alex Rodriguez, who has made half a billion dollars in his career, doesn't really need a favor from a normal civilian and a fan like me.” Hample also was open about his disliking but respect of A-Rod while standing tall on the fact that he would keep the ball unless he received an eye-opening offer. 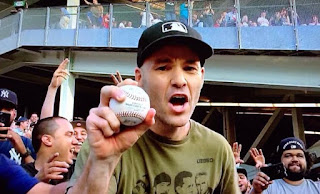 So I guess my biggest problem with this guy is that he’s got thousands of baseball – literally – and that he doesn’t have a clue with what he wants to do with it. If I were in his situation, I would’ve gladly given it back to A-Rod in a situation similar to Christian Lopez. I wouldn’t demand too much and I’d hope the Yankees would do me some favors in giving it back. But unfortunately, Hample isn’t the giving back type of guy that A-Rod is, so A-Rod might not be getting it back.

Although he seemed all right with not having the ball A-Rod jokingly asked “Where’s Jeet’s guy? The guy that caught that ball.” He then went on to say “I wasn’t so lucky.” After that, Rodriguez stated that he didn’t need the ball as the memory would last a lifetime. 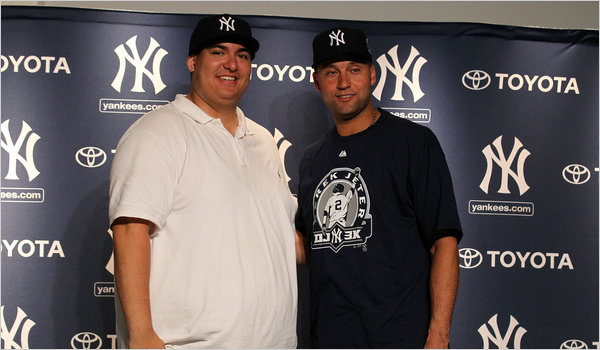 It may not be that big of a deal in the first place but the whole situation is quick ironic. Hample’s ego and pride is preventing him from doing what would be morally correct in giving the ball back. As a guy who has been said to run over kids to collect baseballs at games or in batting practice, I'm not all that surprised. And I can’t say I don’t understand why he isn’t giving it back because I absolutely see his side of things but giving the ball back could’ve led to other opportunities, memories and memorabilia for Hample to collect. He also would've been revered by Yankee fans, but Hample has chosen to take the low-road.

With Hample’s eyes focused on himself and his collection of baseballs, that ball isn’t leaving his possession anytime soon unless it’s auctioned off which is unfortunate. But instead of going on Hample’s “trophy case,” that ball belongs in A-Rod’s hands where he can put it in his trophy case, give it off to the Hall of Fame, or whatever else he’d want to do with it.

Article by: Chad Raines
You can follow me on twitter @Chad_Rain
Keep up with our blog on twitter @BronxBomberBlog for the latest Yankee news, analysis, updates, live game tweets, opinions, humor, MiLB news and all things Yankees!
Chad Raines Opinion