The Path to Redemption with Alex Rodriguez

By Chad Raines - June 22, 2015
I’ve been to 14 Yankees games as of this writing and I’ve seen a lot of milestones from Alex Rodriguez this year including home run 661 and hits 2,998-3,001. But the biggest milestone, the most important milestone is how A-Rod has been embraced by fans. When I was at opening day he received a mixed chorus and when he put Justin Verlander’s first pitch into right field there was not one person booing in the stadium. 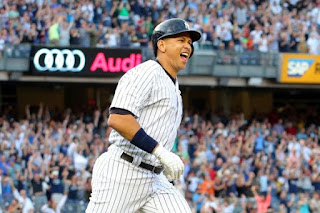 As he continues to approach milestones and put up impressive statistics for a 39 year old the cheers will continue. Contributions on the field are just one part of the equation when it comes to him being embraced by fans. He realistically has a shot to finish the year climbing his way up to 21 on the all-time hits list.

I believe the cheers for Rodriguez have continued to grow is not just because of his performance. The yearlong suspension appears to have changed A-Rod for the better. He seems to appreciate every day he gets to play baseball and that calm appreciation has made him likeable and productive. He has said and is doing all the right things. When the Yankees decided not to pay his $6 million “marketing” bonus for his 660 homerun he didn’t put fight or threaten to sue like he might have done in the past. He has made amends with Rob Manfred and the MLBPA. He has been a consummate teammate and is doing whatever is right for the team.

Earlier this year Alex Rodriguez worked with Didi Gregorius on his defense at shortstop. While Didi is still prone to the occasional error I have seen some fantastic defensive plays out of him since that time. While his past PED use will never be eradicated there is no denying that he has been a tremendous player and a true student of the game. He has been playing in the majors for 20 years and has been preparing to play in the MLB since he was a teenager. There will be a place on an MLB coaching staff for A-Rod when he hangs his cleats up and the Marlins have often been pointed to as a potential destination. If he continues to be embraced by the fans the Yankees could be a possibility as well.

They say time heals all wounds and as the season continues the frustration and embarrassment A-Rod has caused Yankees fans will continue to fade. In time we’ll come to appreciate Alex Rodriguez just as we’ll appreciate Barry Bonds and Roger Clemens for the players they were beyond PED’s. 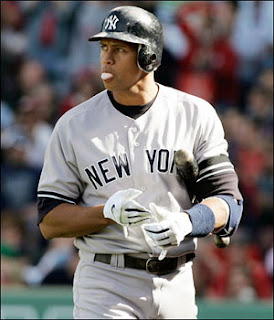