To All the Yankee Dads

By Chad Raines - June 21, 2015
Growing up as a female in the south I always get asked how in the world I became a New York Yankees fan. Is it because of their record breaking championships? Is it because of Derek Jeter? Is it because of a boy? Well the truth is it was a boy, well not so much a boy as a man, my father. Everyone has their reasons for why they love a sports team, whether it is because of a winning streak, or because of a certain player, because of where you live or in the best cases because your hero is a fan so naturally you want to follow in their footsteps and become a fan. 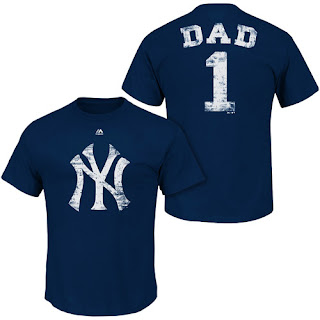 Fathers tend to hold a special place in their children’s hearts. I know mine has always been my hero and when a father shares their love of a sport team with their child it strengthens the bond between the father and the child and it can grow into something magical, something they can always and will always share.

My favorite memory I have with my father obviously has to do with the Yankees. We were in Baltimore getting ready to go to a museum when we had heard that the Yankees were staying at our hotel and were about to leave the hotel to head to the stadium. My dad and I canceled our museum plans and waited outside the hotel for hours just to get a glimpse of one or two of our favorite players.

The players were coming out one by one and all of a sudden my dad spins me around so we could watch the one and only Derek Jeter drive by in a cab waving to all of us. It was a magical afternoon just to get a glimpse of our favorite Yankee. Afterwards while still on the high of seeing the Yankees up close we watched the Yankees win with my mom and sister which just made the day all the more sweeter. However the best part of that day was bonding even further with my dad over our love of the game and creating memories that will never leave us.