Which Yankees Will be All Stars?

By Chad Raines - June 08, 2015
The Queen City of Cincinnati, Ohio will play host to the 2015 MLB All Star game in a little over a month. The first place Yankees should be well represented at this year’s midsummer classic.  Gone now are the core four who would regularly make the All Star team year after year but that doesn’t mean the Yanks lack any star power. Let’s take a look at some possible Yankee All Stars. 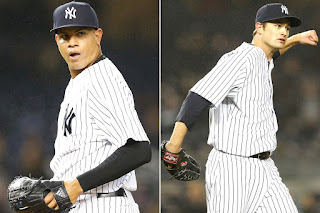 In case anyone was wondering as of now my AL All Star Starters are as followed.