A Little Story About Ty McFarland 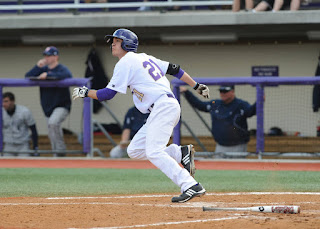 When most articles are written about prospects they’re about either prospects on the cusp of the Big Leagues or prospects with a lot of upside and hype. For this article, I’ve decided to take a different route on a prospect story. The prospect I’m writing about is Ty McFarland, who was drafted by the Yankees in the 10th round of the 2014 draft. McFarland was born October 13th, 1993 in Bridgewater, Virginia and played his collegiate ball at James Madison University which is only a couple minutes from my college in Harrisonburg, Virginia. His father, Spanky McFarland, was actually the head coach of the team for 18 seasons until he announced his final season would be this past spring. In 196 games played at James Madison, McFarland had a career .315 average to go along with 15 home runs, 131 RBI and a .446 slugging percentage. McFarland had an impressive senior season for the Dukes as he hit .317 with 9 home runs, 37 RBI and a whopping .507 slugging percentage that earned him a First Team All-CAA nod. McFarland had a pretty good start to his professional career as he hit .278 with 5 home runs and 40 RBI in 62 games for Staten Island in 2014, but hasn’t found much success in 2015 hitting just .180 with a home run and 9 RBI over three levels and 27 games. As we all know, not all prospects work out and this may end up being one of those prospects, but since he’s considered local to where I live I can’t help but root for him and hope for the best. 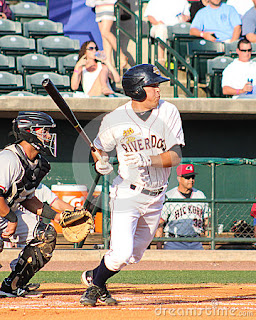