By Chad Raines - July 07, 2015
The Major League Baseball All-Star Game has officially become a complete joke in my eyes. Though the game’s popularity has been on the decline for the last couple of years, it has always been about having the best possible players on the field. Why should the best players be on the field? Unlike the NBA, NHL, and NFL, whose all-star games are virtually meaningless, this game determines which league has home field advantage in the World Series. That being said, the idea that each team should be represented in the game was poorly misconceived, and contradicts the goals Major League Baseball had when they decided the game should have the aforementioned significance. How can a player with a .284 batting average 16 HRs 47 RBIs and .902 OPS not make the team? Oh yeah, because that player is Alex Rodriguez. 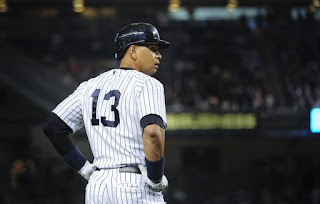 I think it’s fair to say that Alex Rodriguez’s path to redemption, as I describe in an earlier article, has been quite a surpise to not only Yankees fans, but also baseball fans around the league. Thus far, A-Rod has done everything right.

Did A-Rod do some bad things? Yes. But I find it very disturbing that some people act as if A-Rod is no better than Jeffrey Dahmer. He took banned substances, lied about it, defamed a few innocent parties, and filed a whole lot of frivolous lawsuits. Do these mistakes erase all the good that A-Rod has done? Many forget A-Rod is one of the more charitable athletes of our time. Not to mention, he is role model to countless children in the United States and throughout much of Latin America. In some ways, Alex Rodriguez is bigger than baseball. 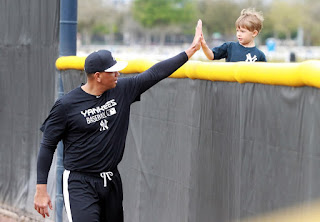 Now, time to get back to my main point. Alex Rodriguez is the biggest All-Star snub this year. In the American criminal justice system an individual is never punished twice for the same crime. This is the reason our founders included the Fifth Amendment protection of double jeopardy in the Constitution. A-Rod served his time, and should be punished no more. The same should be said for baseball. Those who have had the best seasons at their respective positions should be All-Stars, regardless of what type of people they are.

I know that the game is in Cincinnati this year, however I feel inclined to use the Pete Rose example. Is Pete Rose more deserving of our forgiveness than A-Rod? I’ll leave that for the fans to decide, but in my opinion what Pete Rose did was 100x worse than the acts committed by A-Rod.

In my eyes, Alex Rodriguez is the best offensive player to be left off the team. The hypocrisy of some fans that can vote for Nelson Cruz (who does deserve to be the starting DH by the way) and then still say Alex Rodriguez should not be an All-Star because he cheated is truly egregious. When it comes down to it, Nelson Cruz is no better than Alex Rodriguez. All the A-Rod haters will quickly point out that A-Rod did it twice, and Cruz only once, but still, does that make him a better person? Cruz only got the opportunity to do it once, while A-Rod was in the league at the height of baseball’s steroid era. I’m also assuming these same hypocrites had no problem cheering for Barry Bonds, Mark McGuire, Sammy Sosa, and the rest of the PED/HGH crew as well.

Now that I’ve already ranted about the loons who will hate on A-Rod for his past wrong doings, and give him no credit for his on the field accomplishments this season, it’s time to look at a more systemic problem with the MLB All-Star Game.

Picture this: it is the top of the ninth inning, a man on first base, and the AL is down one run. Who would you rather have in as a pinch hitter, Alex Rodriguez or Brock Holt? The requirement of one player from each team having to be on the All-Star squad in the first place is a complete joke. The best players should be on the field, plain and simple. I know that what I am about to write will antagonize some Royals fans, but too bad! Look, if 25 Royals were the best players at their respective positions in the American League then I would have no problem with them making the All-Star team. The fact that Royals fans lobbied so hard for Omar Infante to be the starting second baseball is disgraceful. Yes, the same Omar Infante with a .231 batting average 0 HRs and 23 RBIs.

As a Yankees fan, I know how much home field in the World Series means. We discovered that the hard way after losing in 2001. Had the Yankees had home field advantage, with the emotional city behind them, it would have been impossible for the Diamondbacks to steal a game at the Stadium, as we saw with the dramatic comebacks that still give me goose bumps to this day. You would think that Royals fans, who saw their team lose the World Series in seven games last year, would realize this. I guess they’d rather see the Stephen Drew of their team make the All-Star team instead of a more deserving player who gives the AL a better chance of winning.

Regardless of what you think about Alex Rodriguez, his numbers speak for themselves. Considering there are Yankees fans who still haven’t forgiven him, it was not a shock to me that he didn’t make the squad this year, however I’m disappointed baseball fans can’t get over their personal animus towards this one individual and look at the bigger picture. 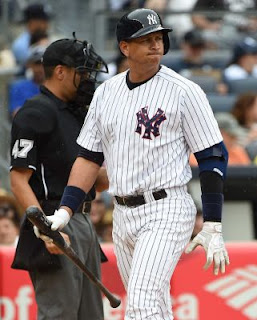 If you are a fan of an American League team you should want the best players possible playing in that All-Star Game so your team gets home field advantage in the World Series, if they are lucky enough to get their in the first place. Fun fact: Alex Rodriguez is the only player in the AL with OPS over .900 to not be named to the All-Star Team. A-Rod’s forgiveness tour has gone quite well, and he’s won over the Bronx faithful for the most part, but that has not helped him with his fellow players. Nelson Cruz deserves to be the starting DH, but Alex Rodriguez is more than deserving of a reserve spot.

As someone who aspires to be a lawyer, there is nothing I like more than a good argument. With that being said, you cannot argue that Alex Rodriguez does not deserve to be on the All-Star Team based on merit alone. The grievances laid out by those against A-Rod have nothing to do with his play on the field. They would like to continue punishing him for past wrongdoings. As Rob Manfred, the man who was essentially the top prosecutor against him a year ago has said, A-Rod has served his time and is to be treated as every other player in the league is. In what was an opportunity for Major League Baseball, its fans, and its players to show some forgiveness and move on from the steroid era of the past, they did just the opposite and made the All-Star team weaker by refusing to accept a player who gives them the best chance to win: Alex Rodriguez.