An Open Letter to MLB Regarding the All-Star Game

As a passionate lifelong fan I feel confident in talking to you about an issue that has bothered me for a while, the All-Star game. You are big fans of tinkering with the game to make it more appealing, sometimes it’s good and sometimes it is bad but how the All-Star games work is broken and must be fixed. 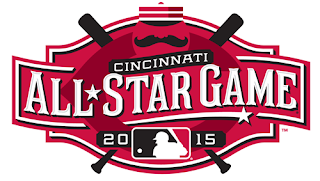 It has been 14 years since the tie game in 2001 and the fact that an exhibition game ever has counted and continues to be counted for home field advantage in the World Series is abhorrent. The repeated mantra “This time is counts” only serves to frustrate fans of teams that are winning. Imagine Johnathan Papelbon, the lone representative of the Phillies blows the game. That has season long ramifications on a team like the St. Louis Cardinals.

If the game is going to count the best players play. It’s that simple.  I know you want fan participation but as Kansas City Royals fans proved ballot stuffing happens. Do you realize how close you were to having Omar Infante start over Jose Altuve or Jason Kipnis? How could you justify that game determining home field advantage of the World Series? If fans are going to vote (which I like) then the game should be an exhibition game.

My final issue with the All-Star game determining home field advantage is that the rules are different then any other game during the season. No matter what ballpark the game is played in designated hitters are used. The roster is 33 as opposed to 25 or 40.

If I were you I would bump the rosters up to 40. More deserving candidates make the team and the endless conversation of the biggest snubs dies down a little. It should be an exhibition game and there shouldn’t be any snubs.

Below is my four point list for fixing the All-Star game.
Please don’t let this continued to go unfixed, we deserve a great All-Star game and it wouldn’t be that difficult to give it to us.