Are The Yankees Getting Their Money’s Worth From Their Players?

By Chad Raines - July 29, 2015
One of my personal favorite baseball websites I like to go on sometimes is FanGraphs. FanGraphs not only gives you so many stats you don’t know where to begin, but can also give you future projections for any player. One of my favorite parts of FanGraphs is when you scroll all the way down on a player’s profile it has a section called value and it gives you an estimate on how much a player has been worth during the season. Not only does it give you the value of a player for every season they’ve played, it also gives you their actual salary to see if they’ve been playing to what they’re getting paid. 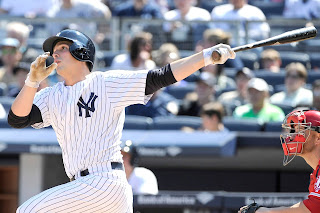 For this article I thought I would show the comparisons to see how much the Yankees are getting their money’s worth (All value salaries are based off of a player’s WAR and the WAR is converted to a dollar scale based on what a player would make in free agency).