Brian Cashman: Get Me David Price!

By Chad Raines - July 30, 2015
As the July 31st trade deadline approaches, I am patiently watching other teams wheel and deal, while the Yankees stand pant, seemingly content with their current roster. I can only hope that Brian Cashman has some type of plan up his sleeve. Contrary to many other fans, I didn’t really want the Yankees to go after Johnny Cueto or Cole Hamels. David Price was my guy from the beginning. 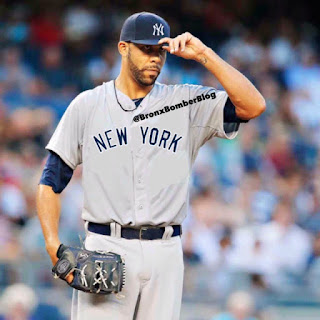 With the notable exception of Hiroki Kuroda, most of the National League pitchers Cashman has brought in have been busts, and I’m lost for an explanation as to why. Possibly it’s due to the superior competition, or maybe they just cant handle New York, but I have no desire to repeat past mistakes. David Price is a proven commodity who has experience in the big spot. He pitched in pennant races for the Tampa Bay Rays when the AL East was the dominant division we had grown accustomed to it being. As currently comprised, the Yankees starting rotation is the weakest point on the team. David Price is the type of pitcher you can trust in Game 1 of a playoff series, and he will not crack under pressure.

At the time of this writing, the Yankees have a six game lead in the division. While this is a respectable lead, it can crumble very easily. Just look at the 2007 Mets, who blew a 7 game lead with 17 games left to play. I’m not in any way comparing the two; I just want to note that our lead evaporating is not out of the realm of possibility. The offense is pretty much set, with our only hole being at second base. Since Stephen Drew is atrocious, and the Yankees have no desire to give Rob Refsnyder a chance, I say call the Marlins and bring back Martin Prado, who would supplant Drew very nicely. Our bullpen is one of the most dominant in the league so I don’t see a need there either.
The glaring need exists in our rotation. Masahiro Tanaka and Michael Pineda have proven time and again they are not dependable. They’ve shown flashes of dominance, but neither one of them can be counted upon as a Game 1 starter in the postseason. Ivan Nova and Nathan Eovaldi, although the latter has been much better of late, are number 4 starters. Last but not least, CC Sabathia should not even have a postseason roster spot. Even though we have five starters, David Price is a NEED, not a luxury.

Battle tested starters who have had success in high leverage situations do not end up on the market everyday. With tomorrow’s deadline on the horizon, I expect ownership to give Cashman the green light on this. As a Yankees fan who has been deprived of the playoffs for two years, I am yearning to see my team back on the big stage. That being said, I’d be extremely disappointed with an early first round exit. Unfortunately, with our current rotation, that appears to be the likely scenario. In the postseason, pitching wins games. Yes, the Royals made it to Game 7 of the World Series with a rotation comparable to what the Yankees have now, however we must look at who was the difference in that series. Madison Bumgarner, a dominant number 1 starter, is the reason the San Francisco Giants hoisted the trophy last October. I hope the Yankees come to this realization sooner rather than later. With most of the dominoes off the table, Cashman can either go all out for Price, or go for a secondary arm like Mike Leake. While Leake does represent an incremental upgrade, he does not put us over the top. I want a pitcher that puts us over the top. Folks, David Price is said pitcher.

I understand many fans are protective of our prospects, and they have every right to be, however with the opportunity the Yankees have this year, I think the benefits outweigh the risks. Considering Price would only be a rental, the Yankees should not give up Aaron Judge, Luis Severino, Greg Bird, or Jorge Mateo. Everyone else should be on the table though. My offer to the Tigers would be as followed: Rob Refsnyder, Ivan Nova, Bryan Mitchell/Adam Warren, and a B prospect. If another team can top that, then I would continue to add to the package until the Yankees give an offer that Detroit can’t turn down. Perhaps Gary Sanchez could get it done.

While I am known to be a pessimist, I do have to acknowledge that the Yankees are in a very good place right now. So why not build upon the success we are enjoying right now? After all, successful companies always look to get improve, no matter what their profit margins are. David Price is the missing piece to the puzzle. Put him atop our inconsistent rotation, and you suddenly have a stopper who is not afraid of the big stage, similar to what CC Sabathia was during our 2009 championship run. Brian Cashman cannot sit idly by while the Royals and Angels, our two chief rivals in the American League, made improvements. So Mr. Cashman, GET ME DAVID PRICE…NOW. 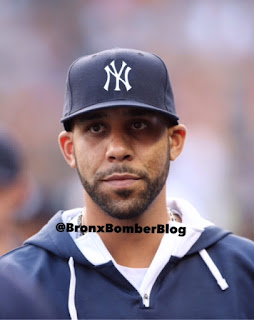