By Chad Raines - July 03, 2015
After getting off to a more than sluggish start, Yankees outfielder Carlos Beltran has picked things up in May and June. Beltran hit just .162 in April but after hitting .298 and .300 in May and June, respectively, Beltran’s batting average is up to a respectable .260 with 7 home runs and 30 RBIs. With Beltran heating up, so is his trade interest. 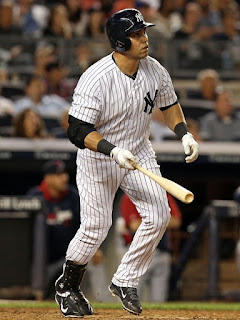 The immediate reaction to a Carlos Beltran trade is likely something similar to the following: “Who in the world would take on Beltran’s contract?” The answer to that question is simple: no one is going to take on the rest of Beltran’s contract. But if a team that has recently cleared salary and needs a hitter – such as the Los Angeles Angels of Anaheim – a trade involving Beltran wouldn’t be all that surprising, according to Joel Sherman of the New York Post.

Sherman reported on Thursday that a team looking for a primary designated hitter and part time outfielder could inquire about Beltran and that team just might be the Angels.

“The Angels need another bat, have an opening at DH (where Beltran belongs) and cleared some salary by moving Josh Hamilton. I wonder if the Yankees could eat some of the $15 million owed Beltran in 2016 and make that work to create a more flexible, defensively sound roster.”

To reiterate on Sherman’s quote, the Yankees would certainly have to agree on paying for some of Beltran’s contract next year to make a deal work. The question then looms – should Beltran be traded, might we see Aaron Judge in pinstripes sooner than we all expected?

It goes without saying that this is all pure speculation on behalf of Sherman but you can’t say it’s baseless because, well – it makes sense. The Yankees have a primary designated hitter in Alex Rodriguez and as Beltran ages, he plays a more and more lazy right field. I’m sure the Yankees would love to keep Beltran’s bat on the field and his glove in the dugout but with the current personnel, that isn’t possible without sitting A-Rod.

So although Beltran is helping the team at the dish, his defense and lack of hustle has earned him some criticism. If it means getting rid of a portion of the unfavorable contract the Yankees are entitled to paying Beltran and putting younger talent (Williams, Flores, Heathcott, Judge) in right field, I’d be in favor of a Carlos Beltran trade.