I'd trade my momma for him!

By Unknown - July 21, 2015
I can imagine trading a baseball player could be quite the task. At the minimum a calculated risk. You have to take into account the projection of the player you are looking to acquire versus the projection of the player (s) you will be giving up. Then there's the almighty pride that no team admits to. Will the players they give up come back to burn them? That's the reasoning behind not trading within one's division. Of course if you want to add more headaches to the confusion, add in the almighty sabermatricians who use what I can only describe as excel codes to determine such things as how many times a ball player chews his food before swallowing. 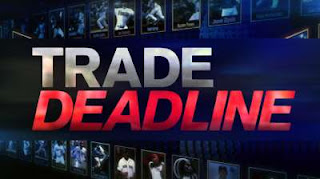 Certain risks mixed with uncertain rewards would make my conservatism lean me more towards balking at an opportunity to trade. But then there are those players which all logic and
common sense do not apply to. As you see them perform, you just marvel and remember why you love this game of baseball so much.


I acknowledge the fact that I'm a diehard Yankee fan much like many who read this blog. We are passionate about all things Yankee. But there was this ONE pitcher that for every time he pitched against the Yankees, I secretly conceded defeat. It sounds sacrilegious, I know. The movement and location of his pitches to me were mind boggling. His stuff was the epitome of nasty. If I had just one wish it would be for the Yankees to have the opportunity to acquire him at all costs.


It was just not to be. It would have taken a miracle for it to happen and the miracle never came. That is why, when it comes to Roy Halladay, I'd trade my momma for him! I know it sounds a bit excessive. I’m just trying to convey the level of investment I would have contributed to make it happen. 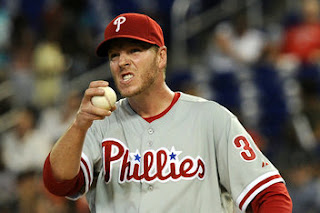 
Just as equally difficult to acquire, this player possesses the kind of freakish power usually reserved for towing airplanes. Rumor has it you could also use the sweat off his pores to resurrect a dead rhino. As inexplicable as the power of Giancarlo Stanton is, so to would be the actions I would take to acquire his services. I wouldn't care what it took. This is my world and I can do whatever I want in it. 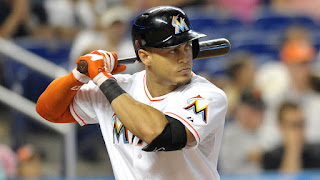 Let's hold off on the potential offensive contributions for a minute. I'm writing about a freak of nature who could accomplish something no other Yankee has. Something that would put him right in line with the likes of Mickey Mantle. What I am referring to is blasting one completely out of Yankee Stadium. If you thought Josh Hamilton's display during the homerun derby was something to remember, why don't you try giving Giancarlo something to blast opposite field and see if it doesn't scream out of the park.


For arguments sake, if you want to talk about his career numbers, I am of the strong opinion that part of what factors into his numbers is reflected on the unfortunate fact that he plays for the Marlins. Before last year, his career year was in 2012 where he had 37 home runs with only 86 RBIs. That's eighty six! Mark Teixera can do 86 while on the disabled list. There is a valued treasure buried below the pitfalls of Marlins park. Unfortunately for me, I'd have to trade my momma for him. Who would you trade your momma for?!