My Take On Jorge Posada’s Book

By Chad Raines - July 07, 2015
Jorge Posada’s The Journey Home is a must read for any Yankees fan who enjoys a good book. I know the book was released a couple of months ago so I’m a little late, but there were some very important points which I’d like to touch upon. 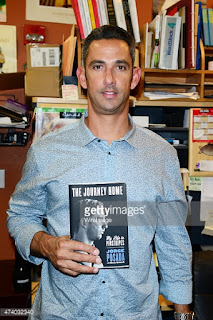 Much was made on New York sports radio about Posada’s disdain for Girardi, and how he felt the winning culture left with Joe Torre, though he did cite 2009 as an exception for obvious reasons. First and foremost, this is a VERY small portion of the book. In fact, with the exception of a few pages, the book was uncontroversial. It seems as if Posada wanted to focus on more than just baseball. While his baseball career is obviously a significant focus of the book, I enjoyed its overall message of how hard he had to work in order to get where he wanted to be. Growing up in a partially Puerto Rican household, Jorge Posada along with Bernie Williams have always been two of my favorite Yankees. That being said, this book only increased my respect level for Posada, who is by all definitions a true winner.

Posada chronicles his life by beginning with his upbringing in Puerto Rico and concluding with his emotional retirement following the 2011 season. Though he was not wealthy growing up, Posada had the advantage of his father being an MLB scout. Luckily, due to his father’s knowledge and expertise, Posada learned from a young age what was needed to make it to the big leagues. Posada’s father, Jorge Sr., was an immigrant who fled communist Cuba following Castro’s take over, while his mother migrated from the Dominican Republic to Puerto Rico.

Following his completion of high school, Posada attended a community college in Alabama on a full scholarship to play baseball. Despite his academic struggles, Posada was able to strive due to his work ethic on field. After being drafted by the Yankees his freshman year, Posada was hesitant to turn them down, but followed his father’s advice and returned for his sophomore season. This paid off for him as he was drafted by the Yankees the next year, and was offered much more money the second time around.

After diligently working his way through the minor leagues, Posada was called up briefly for the 1995 season, where he got his first taste of heartbreak following the Yankees elimination from the playoffs at the hands of the Seattle Mariners. Though he was primarily Joe Girardi’s back up from 1996-1998, Posada was lucky enough to be exposed to the winning culture from the moment he was brought up.

Just as his father had a tremendous impact on his upbringing, his manager, Joe Torre, proved instrumental in his development as a player. Under Torre, Posada notes that the players would not accept anything except winning. This mentality was ingrained in Posada’s head as the Yankee catcher began his historic career in pinstripes. Following their absolutely heartbreaking defeat to the Arizona Diamondbacks in the 2001 World Series, Posada made an important point. He expressed his disgust for one of his former teammates who expressed being happy with simply making it to the World Series. There is nothing that angered Posada more than one of his teammates being content with losing. Though Posada did not name the teammate, he was happy that they did not return the next year.

From 2000-2008 Posada shined offensively, and in 2003 even finished top 3 in MVP voting. Unfortunately for Posada, his future teammate, Alex Rodriguez won the award. Though he considers A-Rod a friend, Posada is very adamant in his belief that steroid users should not be eligible for the Hall of Fame. 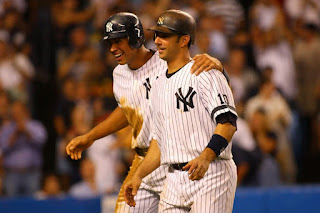 One of the more intriguing parts of the book was his opinion of Pedro Martinez. Though Posada respects Pedro’s talents as a pitcher, he considers him to be a horrible human being. Posada blames the now famous Yankee-Red Sox brawl in Game 3 of the 2003 ALCS on Pedro. After plunking Karim Garcia early in the game, Pedro verbally threatened Posada in the midst of the game’s hostilities. Posada also insinuates that Manny Ramirez overreacted when Roger Clemens threw him an inside pitch that didn’t even come close to hitting him. At the end of the day, nothing is more important to Posada than winning, so he was simply pleased the Yankees won the series. 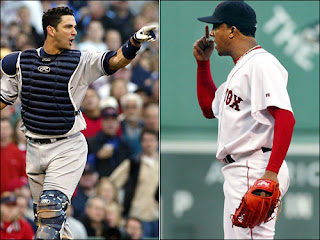 Hands down, my favorite part of the book is Posada’s take on Joe Girardi. According to Posada, “I’d thought of Joe Torre as my ‘father on the field.’ Joe Girardi was my manager.” This speaks volumes to me about Girardi’s managing style. Posada cited quite a few examples of how he wasn’t pleased with how he was being treated by his new manager. Instead of discussing with him in-person where he would be playing on a certain day, Girardi would simply send him a text.

After winning the World Series in 2009, Posada believed that the winning culture he had grown accustomed to had finally returned, however the feel of the clubhouse disappointed him the next year. Unlike under Torre, where players never grew complacent and always had the desire to win, many of his 2010 teammates felt as if repeating would not be a challenge. This sense of entitlement, in Posada’s opinion, contributed to their playoff exit in the ALCS against the Texas Rangers.

Though little things like this irked Posada, it was in 2011 that he became really fed up with Girardi. Having accepted his diminished role as a DH, he wasn’t even allowed to sit in on catchers meetings, or even catch pitchers in spring training. He was even spoken to for catching Rafael Soriano when no other catcher was available. Posada hit rock bottom when he refused to play after Girardi batted him 9th in the order in a May game against the Red Sox. While Posada admits he handled the situation incorrectly, he still believes Girardi should have spoken to him about the change in the batting order. Girardi’s impassive managing style, as described by Posada, seems to be a reason for the team’s recent failures. If a vocal leader and proven winner like Jorge Posada feels this way he must not be the only one.

After reading Jorge Posada’s emotional take on his retirement, I became a little choked up. I loved how he decided to throw the first pitch on opening of 2012 to his father, just as he had thousands of times growing up. This symbolizes that no matter how far you’ve come in life you cannot forget your roots.

Whether you’re a college student, like me, who would like to read something to keep their mind active over the summer, or you just like reading in general, I highly recommend checking out The Journey Home. Not only will you get through it rather quickly, but you will also learn a lot more about how hard work and determination can help you reach the goals you set for yourself in life, regardless of what those goals may be, or whatever background you come from.