Well it seems that 4 games and 12 at bats into it, Brian Cashman and the Yankee brass has had about all they could stomach. Robert Refsnyder should consider himself lucky for being called up in the first place as he does not even posses the pre-requisites for being a Yankee regular. He is not on the wrong side of 30, he does not reek of bengay and he's not overpaid. 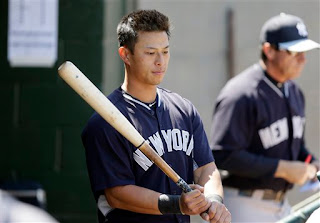 There was shock everywhere from Michael Kay to Jack Curry over this decision as no one could seem to find merit in the demotion. Not a good look when even your own people can't seem to find a way of defusing the explosion of frustration fluttering the Yankee Universe. I even heard Yankee beat writers saying they would have released Brendan Ryan instead. How does anyone even find logic in the fact that in his last rehab start Brendan Ryan looked terrible yet they chose him over Refsnyder? I find no words to defend this move. 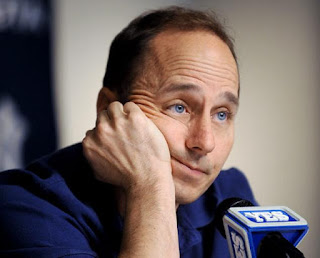 In regards to the move Cashman said that he didn't want to release any players yet as he wanted to keep his options open through the trade deadline. Yes folks he is looking for that one team that is willing to take on Drew and Ryan in exchange for a bag full of used toilet paper. Such a great visionary is that Cashman. Do you remember back when they didn't think Austin Jackson was major league ready? They traded him to Detroit in 2010 where he ranked 2nd in the league with 10 triples and in 2011 and 2012 he led the league with 11 and 10 triples respectively. He made the best out of a solid opportunity that didn't last 12 at bats.


I say let's end all this malarkey and just trade Refsnyder. If the Yankees are not going to give him the opportunity then send him to a team that will. Plus when he finally reaches his forties and has passed his prime, the Yankees will finally be ready to offer him a 2 year deal worth 80 million dollars and a no trade clause. We just want to see him play and do well. He has an amazing story that we all want to latch on to and cheer for. Unfortunately due to his lack of faith, Brian Cashman has taken away the potential for a happy ending to the story still being written.