Since When Was Celebrating a Bad Thing?

By Chad Raines - July 26, 2015
If you never had a reason to learn who Brian McCann was during his time with the Atlanta Braves, you probably found one when he infamously blocked Brewers outfielder Carlos Gomez from touching home plate in September of 2013. 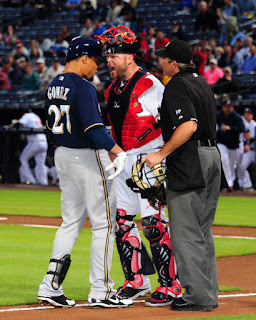 In case you haven’t seen it, Gomez admired a first-inning home run until the ball landed in the seats before jogging around the bases and exchanging choice words with Braves infielders. Although the run would count, Gomez never reached his destination following a bench-clearing altercation between the two clubs.

Gomez may have done more than celebrate his accomplishment, but that’s one recent example among many in which an opponent wasn’t thrilled with another’s excitement.

Another is when Los Angeles Dodgers outfielder Yasiel Puig was criticized for his “overreaction” following an RBI triple in the 2013 NLCS.

What happened to the good ol’ days when it was acceptable for Sammy Sosa to hop three times before trotting? Or how Ken Griffey Jr. would walk halfway down the first baseline awaiting his home run’s arrival into the right field stands? Those guys never received disapproval for their trademark celebrations. In fact, it was more likely that another Major Leaguer would try to honor them by mimicking their celebrations as opposed to telling his pitcher to plunk the next batter.
Major League Baseball has been making strides toward modernizing its version of the game we love by adding a pitch clock amongst other things. Perhaps it needs to relay a message to its players about allowing extra enthusiasm at times, too. 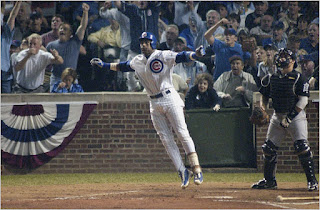 NBA fans have probably seen James Harden’s cooking motion by now, and NFL fans have likely become familiar with Dez Bryant throwing up the “X”.  It’s celebrations like these that have become part of an athlete’s brand and give fans a reason to jump out of their seats and follow along when these guys do something miraculous.

It does appear that the MLB is taking strides in the right direction. For example, its “#MLBFlipsOut” Twitter contest last Thursday allowed fans to choose their favorite bat flip from the first half of this 2015 season. The eight-man contest was won by St. Louis Cardinals second basemen Kolten Wong, who aggressively threw his bat toward the dugout as his walk-off home run against the Pittsburgh Pirates soared into the seats on May 3. Just last year you could have expected a player to be deemed as “classless” for not placing the bat gently on the ground before taking off. Maybe this contest will persuade others to take part in some bat flipping.

“Some of us have that flare, because of our culture, because of how we were raised,” Tigers outfielder Rajai Davis was quoted saying in an SB Nation article published on May 15.

Maybe others should consider stepping outside of their comfort zone and join Davis.