Two Deadline Moves That Would Make the Yankees Legitimate Contenders

By Chad Raines - July 21, 2015
As this year’s July 31st non-waiver trade deadline approaches, GM’s across the league are looking for ways to improve their teams for the upcoming pennant race, or at least those employed by contenders are. We can only assume that our very own Brian Cashman is diligently working the phones, and looking for ways to improve this year’s Yankees squad. As currently comprised, the Yankees are likely good enough to win the AL East, and return to the playoffs for the first time since 2012. My worries, however, are for the postseason. I may be looking too far into the future, but in my opinion, without a middle infielder that can hit and a front line starting pitcher, the Yankees will be facing an early playoff exit. 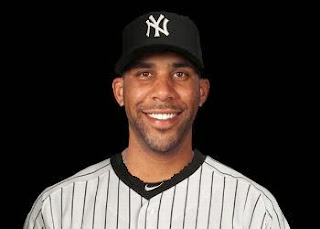 After missing the playoffs for two straight seasons, many MLB “analysts,” and I use that term sparingly, predicted the 2015 New York Yankees would even finish with a losing record. Needless to say, the Yankees have been a pleasant surprise. While if many other teams were in the Yankees shoes they would be content with simply making the playoffs, in New York that will not suffice. George Steinbrenner once eloquently declared that any year in which the Yankees do not win the World Series is a failure. I emphatically agree with “The Boss” on this point. Some fans may be hesitant to trade prospects at this year’s deadline, and rightfully so, however they also must look at the bigger picture. Who knows when the Yankees will get another opportunity as golden as the one they have right now to go on a World Series run. Below I will discuss our two biggest holes, second base and the starting rotation, and what, if anything can realistically be done to improve the weaknesses.

Second Base
It is an absolute disgrace that the New York Yankees, a team worth $3.2 billion, has a starting second baseman that is struggling to even hit .180. Though they are in first place with two black holes at the bottom of the lineup, this will become a problem if the injury bug bites. Despite the above average defense, Stephen Drew and Didi Gregorius are not good offensive players. Regardless of how one may want to spin it, there is no way to escape that indisputable fact. I’m looking way too far into the future, but imagine the Yankees actually make it to the World Series for a second. In a National League park, Alex Rodriguez will be on the bench. We would have 3 automatic outs in the lineup, in Didi, Drew, and the pitcher. That’s unacceptable. Since Didi is younger, he deserves a longer leash, however Stephen Drew has been horrendous his entire tenure in the Bronx, and has given us no hope to believe he will turn it around.

I would have loved it if the Yankees gave Rob Refsnyder a legitimate chance to steal the starting job from Drew, but he was sent back to the minors in favor of the useless and injury prone Brendan Ryan. Cashman’s excuse for this is pathetic by the way, but that’s a discussion for another day. This leads me to believe Refsnyder was only being showcased for potential trades, so we must look elsewhere for an improvement at second base. Side note on this situation: Mike Francesa claimed on his radio that the reason the Yankees sent down Refsnyder is because he had an attitude problem. This is quite puzzling considering I’ve only heard positive things about the guy’s composure. Regardless of whether or not this is true, we should keep our eyes on that rumor.

There are two players on the open market that I believe would be great fits at second for the Bombers. Ben Zobrist is as versatile as they come, however Billy Beane seems disinclined this year to wave the white flag, so he may cost too much in terms of prospects. My ideal target would be former Yankee Martin Prado, who shouldn’t have been traded in the first place, but I’m not going to go off on a tangent because that’s a moot point. Considering the Yankees are already paying a portion of his salary as it is, the foundering Marlins will be eager to unload his contract, so he should come relatively cheap. During his brief time in the Bronx, Prado played extremely well. He played with heart, and at times exhibited the clutch gene. He’s an instant improvement over Drew with the bat, and he’s a pretty good fielder as well. 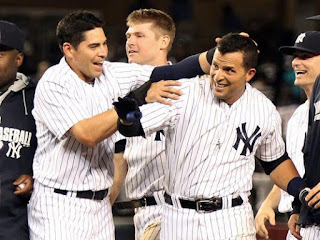 Starting Pitching
In my view, this is the biggest hole the Yankees have to fill. While Michael Pineda and Masahiro Tanaka have shown signs of dominance, they are not aces by any stretch of the imagination due to their continued inconsistencies. They are number 2/3 starters at most. Nathan Eovaldi and Ivan Nova are either 3’s or 4’s. At this point in his career, I wouldn’t trust CC Sabathia to point me in the direction of the nearest Starbucks, let alone pitch in a playoff game. I really hope his two recent outings, in which he pitched decently, aren’t fooling the Yankees. If the Yankees do not acquire a starting pitcher because they have a renewed faith in CC then they are making a grave mistake. Even if one were to take an optimistic look at our rotation, you cannot count on them to stay healthy, considering Pineda, Tanaka, CC, and Nova all have substantial injury histories. Every team that has won a World Series in the last decade has had one dominant ace leading their rotation. Currently, the Yankees do not have this type of pitcher.

There are two routes the Yankees can take at the deadline. Upon hearing of David Price’s possible availability, I instantly became elated with joy. While I would be hesitant to give up top prospects, Price is totally worth it. He makes this team the favorite in the American League, due to his ability to perform on the big stage. Despite his predispositions about New York, I’m sure some Yankee money and a championship run would change his mind, and make him more than happy to return to the Bronx. This all may be a pipe dream though. I have an odd feeling the Yankees are looking a Johnny Cueto/ Brandon Phillips package with the Reds built around Refsnyder. If the Yankees were to take on Phillips’ ugly contract, the Reds may be willing to accept lesser players in return. I’d prefer Price, but I’d sign up for this trade at the right cost as well.

Knowing Brian Cashman, he will likely look to acquire a Brandon McCarthy type, such as Mike Leake or Matt Latos. This type of pitcher would not put us over the top, and in my opinion is not worth the time. The second tier guys available are no better than Adam Warren, who might I add should still be in the rotation. Aside from making a trade, the Yankees could make a splash by calling up top pitching prospect Luis Severino. Now that would be exciting!

Conclusion: After missing the postseason for two straight years, it is an amazing feeling to be in the middle of a playoff race again. While our team can sustain it’s production and make it to the playoffs, the glaring holes at second base and in the rotation must be addressed in order for the Yanks to get to the promise land. In this sport, realism must trump optimism. In my ideal world, the Yankees will reacquire Martin Prado and trade for David Price. Even if the Yankees do make the playoffs, unless upgrades are made at these two spots, the lights will be going out early this October.