Why Has the Winning Mentality Left the Bronx?

By Chad Raines - July 02, 2015
As a product of the mid-1990s, I have grown accustomed to the Yankees being a perennial contender. Needless to say, it’s been tough for me to accept the level of mediocrity this team has played at for the last three years. Since 1995, the Yankees didn’t miss the playoffs until 2008. Coincidentally that was the year Joe Girardi took over for our beloved Joe Torre. I mean come on, who didn’t see that coming? The Yankees responded to the mediocrity in a way that only the Yankees can: by signing CC Sabathia, AJ Burnett, and Mark Teixeira to big money contracts. The new blood, in conjunction with the veterans of the team’s dynasty days, brought home championship number twenty-seven. After our trips to the playoffs from 2010-2012, I thought the ship was righted, however the last few years have left me quite pessimistic. I’ve said this before and I’ll keep saying it. The Yankees will not win another championship, let alone make the playoffs again, under the current Cashman/Girardi administration. I hope my aforementioned assertion is proved incorrect, but unfortunately as the season progresses the Yankees flaws are becoming more apparent. 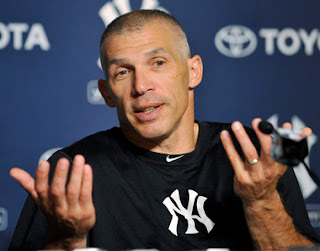 It sickens me that some fellow Yankees fans have accepted simply making the playoffs as the definition of a successful season. The goal each and every season is to win a championship, plain and simple. If the Yankees do not win the World Series, the season is a failure. I love the pressure George Steinbrenner put on his players, and I really yearn for it here in 2015. The difference between Hal Steinbrenner and his father could not be more discernible. Although George’s bombastic personality often caused conflict with his players, managers, and even the league (he was banned from baseball in 1990 by Commissioner Fay Vincent, until his 1993 reinstatement), the fan base knew he was 100% dedicated towards putting a winning product on the field. In contrast, I don’t feel that same passion from Hal. Though Hal does continue in the tradition of his father by offering the annual apology every year the team falls short of a championship, I’m growing tired of the same excuses. 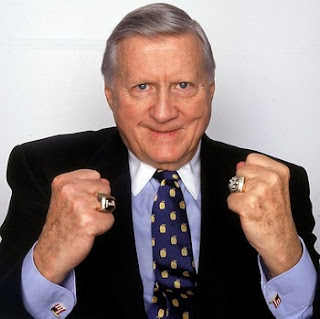 I’m very intrigued and cautiously optimistic about some of the kids in the minor leagues, however the Yankees have a tendency of overhyping, and even ruining their prospects. Does anybody remember when our rotation for years to come was supposed to be lead by the big three of Phil Hughes, Joba Chamberlain, and Ian Kennedy? Had it not been for the Yankees seemingly going out of their way to ruin Chamberlain with the so-called “Joba Rules,” maybe he would have panned out. Hughes and Kennedy, on the other hand, despite being serviceable MLB pitchers, underwhelmed to say the least.

Thankfully out of the killer B’s (Andrew Brackman, Manny Banuelos, and Dellin Betances), Betances has been successful with the big league club. Most championship teams have one thing in common, and that is a core of homegrown players. We witnessed this first hand during the dynasty run of the late 1990s. I feel as if Brian Cashman is incompetent when it comes to developing a good farm system. I understand that with the Yankees being as good as they were over the years, it’s been difficult to build up a respectable farm system, but still. Aside from Robinson Cano, and more recently Brett Gardner (maybe) and Dellin Betances, whom has he developed? Derek Jeter, Jorge Posada, Andy Pettitte, and Bernie Williams are Gene Michael’s guys. Brian Cashman, who only has his job because his father is a close friend of the Steinbrenner family, was given an amazing team to start off with.

The focal point I’m trying to get at is the Yankees management is to blame for our recent failures. The winning mentality is clearly not present on this team. Some guys, such as Gardner, Betances, A-Rod, Andrew Miller, and Brian McCann seem to have it, but others like Carlos Beltran (whom George would surely have lots to say about), Chase Headley, Stephen Drew, and Didi Gregorius, are just difficult to watch without wanting to throw your remote at the television.

The Yankees seem to care more about money these days than winning. I understand CC Sabathia is owed a ridiculous amount of money over the next three years, however at this stage of his career he is an albatross. Keeping him in the rotation, and shifting Adam Warren, our most consistent starter, to the bullpen is a complete joke. Every time the Yankees let CC start a game they are essentially surrendering that game. Add those losses up and that’s the difference between playing in October, and not playing in October.

Unless this team adds a difference maker to the rotation and a bat, then I see them missing the playoffs for a third straight season, something that hasn’t been seen while I’ve walked this earth!

This year, with the AL East up for taking, the Yankees should be all in. Once you get the playoffs, anything can happen. One must look no further than the year 2000. Despite finishing with an 87-74 record, the team got hot at the right time, and won the World Series. It’s interesting to note how they finished 89-73 in 2008 and didn’t even make the playoffs. This is a testament to how crazy baseball can really be. Unlike the NBA and NHL, where the best team usually does end up on top, the MLB playoffs are a crapshoot, second to only the NFL.

Who cares if CC’s feelings are hurt if he gets removed from the rotation? Who cares if Beltran’s feelings are hurt from losing his starting job in right field? Who cares if we were to cut Drew or Didi and Cashman looks like an imbecile for bringing them both aboard in the first place? At the end of the day, winning is the only thing that matters. As currently comprised, are the Yankees good enough to win the AL East? Maybe. Are they good enough to win a World Series? In my mind, absolutely not. Unless they make some moves this month, we will likely see another dark October in the Bronx. My anger will only be exacerbated when some fans compliment Cashman and Girardi for “overachieving” with this team. The last few years have been unacceptable.

As George Steinbrenner once said, “Winning is the most important thing in my life, after breathing. Breathing first, winning next.” It’s about time the Yankees readopted this philosophy.


Keep up with our blog on twitter @BronxBomberBlog
Opinion Steven Eareckson