As I listen to New York sports radio on my way home from work everyday, I have to painfully endure continuous Mets talk. The bias some of these commentators have towards the Mets is truly disgusting by the way. From my observations, it really sucks to be a Mets fan. Could you imagine rooting for an organization that is not dedicated to putting the best product out on the field? As much as I have criticized Hal Steinbrenner, Brian Cashman, and the rest of the Yankees management, I have not once questioned their dedication to winning. Maybe they are not as vocal as George Steinbrenner with an unwavering commitment to winning, however I do not doubt that commitment is present. Watching what is going on across town in Queens is really sickening as a sports fan. Unlike the Knicks and Jets who have been plagued by incompetency, the Mets find themselves in a different situation. They have owners, who despite having one of the best starting rotations in the sport, have not and will not spend money to improve their ball club. In light of my recent observations, I have gained a newfound appreciation for what the Yankees organization does for us fans. 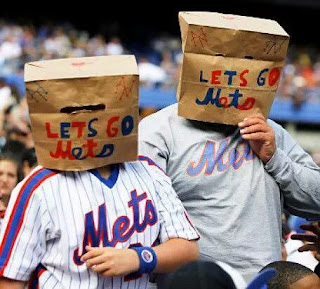 The 2013 and 2014 seasons were very tough to watch as a Yankees fan. Had it not been for the farewell tours of Mariano Rivera and Derek Jeter, along with the storybook endings to their respective careers, I don’t know if I could have watched as many games as I did. With the exception of 2008, the Yankees had made the playoffs every year since 1995. They hadn’t missed the playoffs in consecutive seasons since 1993-1994. After the 2013 season, Hal seemed determined as ever to stay under the $189 million luxury tax threshold, however when the opportunity to sign Japanese superstar Masahiro Tanaka arose, he did not flinch in handing out the big bucks. Aside from Tanaka, the Yankees also made substantial financial commitments to Brian McCann, Carlos Beltran, and Jacoby Ellsbury. While us fans may question the wisdom of these moves, we can all appreciate what they represent. I do not believe Hal is as passionate as his father was about winning, however I do know he cares about his bottom line. He is intelligent enough to realize that when his Yankees perform well, his bank account increases in size. Unfortunately for Mets fans, their owners have not figured out this rather simple correlation.

Following the economic crash of 2008, it became known that the Mets owners, Fred and Jeff Wilpon, had been duped by the infamous con man Bernie Madoff. Currently, Madoff is serving 150 years in a federal penitentiary due to the legendary Ponzi scheme he played a major part in concocting. While the Mets, or any team in MLB, with the notable exception of the Dodgers recently, has never spent as much as the Yankees, they were not always as cheap as they’ve been of late. It’s only since 2008 that they have refused to spend a substantial amount to improve their team. Every free agent they do chose to sign, whether it be Chris Young, Curtis Granderson, or Michael Cuddyer, never performs as well as expected. Maybe Sandy Alderson is incompetent after all, and the owners cannot be given all the blame. With the trade deadline approaching, both the Mets and Yankees are in contention. Despite Cashman publicly downplaying the possibility of a trade, most of us Yankees fans are realize some kind of move is likely on the horizon. He knows as well as we do that Stephen Drew will not suffice at second base for much longer. I’m sure he is also well aware that the current starting rotation is not one capable of leading this team to a World Series. I haven’t a clue what Cashman will do, but I do know if he comes across a move that makes this team better, our ownership will be more than happy to sign off on it. 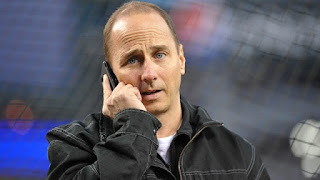 Mets fans, on the other hand, have no reason to be optimistic. On Friday night, the Mets acquired Juan Uribe and Kelly Johnson from the Braves. These two do undoubtedly represent upgrades over Eric Campbell, Ruben Tejada, andKirk Nieuwenhuis, all of whom I do not believe are major league players, but they are not enough to put the Mets over the top. This move should give Mets fans some hope, but unfortunately this is likely all they do. Jacob DeGrom, Matt Harvey, and Noah Syndergaard lead the Mets impressive starting rotation. Long Island product Steven Matz, also pitched very well in his two starts with the big league club prior to landing on the disabled list. These four, along with Bartolo Colon and Jon Niese form a more than formidable staff. They also have a dominant closer in JeurysFamilia. Sadly, the Mets have an anemic offense. I don’t think I’ve seen an offense as pathetic as that of the 2015 Mets in my entire lifetime. I’m not saying this to trash the Mets, but instead I’m speaking the undeniable truth. Considering pitching is of the utmost importance in the playoffs, you would think a team with as dangerous of a rotation as the Mets have would be eager to add to the offense. If our Bombers were in the precarious situation in which the Mets find themselves, I have no doubt they would add the top bats on the market, whether that be Justin Upton, YoenisCespedes, or another player that represents an upgrade over the current situation. The Mets have not won a championship since 1986, and have not made the playoffs since 2006, when they were a Carlos Beltran strikeout away from making it the World Series. As Yankees fans, we are dying to witness our team make a return to October baseball after a two-year hiatus. The Yankees World Series victory in 2009 seems like decades ago, and the fan base is thirsty.

Though I will admit that I actively root against the Mets, I am not writing this to bash the team. I am instead sharing my thoughts to bring awareness to my fellow Yankees fans. I’m as pessimistic as can be when it comes to this ball club, but I am also very grateful the Steinbrenner family maintains a strong dedication to winning. Two years of mediocrity was more than I can endure. The Mets have been mediocre ever since their epic collapse in 2007, in which they blew a 7 game division lead with 17 games left to play. Mets fans need to look no further then their owners when they are looking for someone to blame. The Wilpons foolishly invested with Bernie Madoff, and they are forcing their loyal fan base to face the consequences. Mets fans should be demanding the Wilpons sell the team due to their blatant neglect of the fan base. Though I am no admirer of Brian Cashman, I am confident he will do what is necessary at the deadline to get the Yankees ready for a championship run. On the other hand, Mets fans are cautiously hoping for the best, but bracing for the worst due to the seemingly endless pain they’ve been forced to endure at the hands of the Wilpons. Once more I would like to say, thank you Steinbrenner family!