Yankees Walk-Off Winners for Second Day in a Row

By Chad Raines - July 04, 2015
On Independence Day, the Yankees and the Rays faced off in a day game for the middle game of a 3-game set. The Yankees were coming off a comeback, 7-5 win in 12 innings with a Brian McCann 3-run, walk-off home run. They would get their second walk-off win in a row Saturday afternoon. 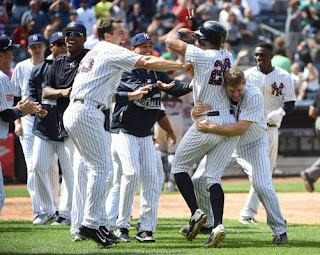 NYY 3 @ TB 2
Michael Pineda started quickly, striking out Grady Sizemore and Joey Butler in the top of the first. He gave up back to back singles to Longoria and James Loney, but struck out Steven Souza Jr. to eliminate the threat.

Nathan Karns started for the Rays, but could not get out of the jam. 3 straight singles, two by bloop singles, by Gardner, Headley, and then A-Rod gave New York a 1-0 lead. Teixeira added a run to the lead by hitting a sacrifice fly into center.

The Rays had men on first and second with none out in the top of the 2nd, but Pineda got Elmore to bunt into a pop out, Casali to strike out, and then Headley made a good play on a tough grounder by Sizemore to get Pineda out of the jam. Headley’s made a lot of errors this year but he’s made some great plays as well in the hot corner. Garrett Jones’s leadoff double in the 4th went to waste as Flores, Murphy, and Gregorius could not get him in with a RISP. The game remained 2-0 Yankees after four innings.

Pineda continued his dominance with a 1-2-3 top of the 5th, and through five, he had 8 strikeouts. And in the 6th, Pineda reached 10 Ks with a 1-2-3 inning by getting Loney swinging and Souza Jr. looking. Karns pitched well too, getting 10 Yankee batters out by strikeout in 7 IP. Through the 7th, Pineda had retired 18 of the last 19 batters that he’s faced and another 1-2-3 inning featuring a diving play by Teixeira to save a possible double down the line. The game remained 2-0 Yankees after 7.

In the top of the 8th, Casali doubled to lead off the inning. Pineda would leave the game to a standing ovation, and Justin Wilson came in. And although I may have criticized the use of the bullpen, I’m retracting my word here. Wilson came in and immediately struck out Guyer (who was substituted for Sizemore) & Butler. He struck out 2 men in 0.2 IP, just like he did last night. With 2 outs in the 8th, Dellin Betances came in and got Evan Longoria to ground out. Threat eliminated.

With the Yankees going down 1-2-3 in the 8th, Betances came out for the 9th. And Steven Souza Jr. delivered. After Loney singled, Souza smoked one of Dellin’s breaking balls into the left field stands. Betances gave up his first home run this year, and Souza Jr. tied the game at 2. However, Betances would recover to retire the next 3 batters and the last 2 by strike out. We go to the bottom of the 9th.

Teixeira led off the inning with a double that escaped the Rays shift. The ball trickled into the corner and Souza’s throw was off the line and late. Jose Pirela came in to run for Teixeira. Winning run on 2nd, none out. Chris Young hit for Garrett Jones and worked a walk after going down 0-2. With runners on first and second and none out, Flores came up to bunt. On a 2-0 pitch, Flores bunted it to Boxberger who MISFIRED! Elmore couldn’t dig it out of the dirt. Meanwhile, Pirela rounded third and SCORED on the play as Elmore tried to pick up the ball and throw it home… HE’S SAFE! GAME OVER! The Yankees win 3-2 on a walk-off bunt and throwing error! That’s 3 wins in a row for Yankees and Betances gets his 5th win even though he blew a save. 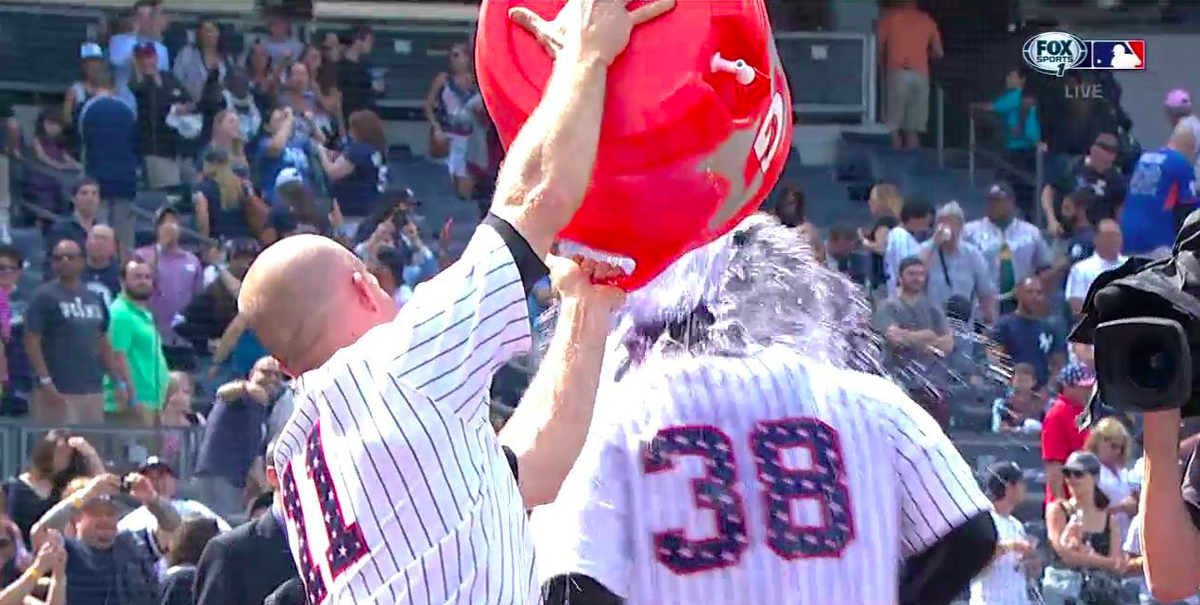