I ain't afraid of no Blue Jays


Believing that the Blue Jays will win the east is like believing the Phillies will make the playoffs because of their second half start. Both are a product of the coincidental matters that is baseball. Before I go any further, I just want to clear the air and let you know that I do not work for the YES network. So this writing will not be about polishing a turd. It's about what I have interpreted from this weekend series. 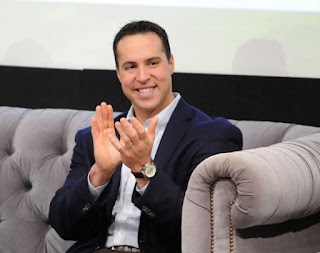 Poor little puppies finally have made their way into a big dog's yard and typical of such accomplishments, they just don't know how to act. Kind of reminds me of when the Mets overtook first place from the Nationals and their fans acted as though they ruled the world. Do the Blue Jays believe in their heart of hearts that the Yankees do not sleep well? If they honestly feel as though they are breathing down the bill of a Yankee cap than what is to come will be more heart breaking than Cito Gaston's retirement.


Setting all questionable managerial moves aside, what I saw this weekend was half of the Yankees potential versus a full out force by the Blue Jays. What proved to me most that the Yankee bats were in a slump was the fact that they couldn't slap around Latroy Hawkins. Hawkins' scoreless streak much like the Yankees lack of offense this weekend was a mirage. In due time both instances will come to light.


What I believe and have read that threw the Yankees in such an offensive funk was having to face 2 knuckle ballers in such a short time. Fresh off the series with Boston who had their own knuckle baller, the Yankees had to deal with R.A. Dickey. Again, I am not trying to be Mr. Optimistic here I am just trying to make some sense of it all. To better understand my point, if you own a cat I'd like you to take it with your hands and twirl around with it as fast as you can for thirty seconds (you might want to use some heavily coated rubber gloves). Once you let the cat go, see how it reacts.


In the mean time make sure you tell yourself that the Yankees got swept by the Blue Jays with one arm tied behind their backs. Their is no fear in anyone's voice in that Yankee locker room. Not even in Joe Girardi's voice who because of his body language there is no need to call Mauri to figure out if he is your baby's daddy. Oh the Blue Jays are coming alright. They are coming for a wild card spot.