It was but a mere week ago when everything felt like a box of fluffy ducks. Things were going so great that little Stephen Drew almost hit for the cycle and also almost cracked a .200 average in one at bat. Although he failed at his attempt we Yankee fans didn't care. The Yankees were looking so great that Drew's attempt was like watching a baby learn how to walk. They take a step or two, fall on their rear, and then we all laugh at how cute the effort was. 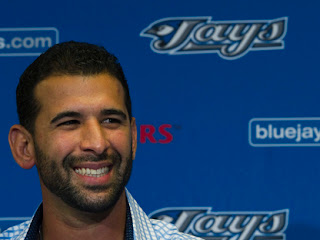 Fast forward until now and the Yankees have lost one game to the surging Blue Jays. With the loss of Pineda until September, our season long wonderment if Tanaka is really fine, and Brian Mcann banged up suddenly it feels like the Yankees wake up in the morning with no place to lay their heads that doesn't hurt. It certainly does seem that way for one Jose Bautista as he had some very pungent comments about the Blue Jays win over the Yankees. 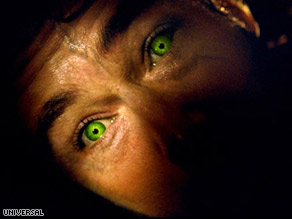 "We won the first game of the series. Everyone knows what our offense is capable of doing. We've got David Price going tomorrow. I don't think they feel good right now going home." Well dumbo it's a good thing you have big ears. You see because you don't have to put your head to the ground like your other teammates to hear the rumbling sounds of momentum shifting. There is a certain intangible that cannot be created by trading for players. It's called a winning pedigree. If you're not too familiar with what that's like why don't you go ask the Twins.


We will treat David Price the way we treat the Minnesota Twins. Like a predator playing with its prey. Bautista made these comments thinking that he smelled blood and that the Blue Jays are going in for the kill. The one thing he will learn and learn it harshly is, you don't throw rocks at a man holding a machine gun.