Sweep By Jays Reveals Yankees Have Real Holes In Roster

By NYY v BOS - August 09, 2015
No, the season is not over yet, but it's time to start waking up. Getting swept by the Blue Jays should be setting off every Yankee fan's alarm.

I understand to a point we have to be optimistic as fans and it's certainly the less stressful route. However, there is a fine line between being optimistic and blatantly naive and ignorant to what is happening.

The Blue Jays are on a torrid eight game win streak and have sent the Yankees current streak to three losses due to a crushing sweep in the Bronx this weekend.

This Jays team features a star lineup composed of names such as Josh Donaldson, Troy Tulowitzki, Edwin Encarnacion, and Jose Bautista. We also found out this weekend that their pitching staff headlined by recently acquired David Price is pretty good and their bullpen is nothing to ignore either. 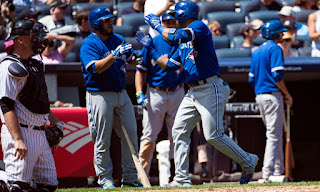 Meanwhile Yankees starters struggle to pitch into the sixth inning and when they do the lineup goes completly missing.

The oodles of runs the team scored just a week ago was all fine and dandy but now the offense has been just Arod and Teixeira, with key components Ellsbury, Gardner, and McCann hitting a combined 12 for 71 this month. That's means a .169 average between those lefties who are crucial to Yankee success.

Meanwhile Stephen Drew manages to somehow be on the team. His .231 average this month actually looks good compared to his season average of .192 and wRC+ of 75 (25 points below average). He's hitting a poor .172 against righties, so he can't even be championed as a platoon player. His defensive WAR rates him at -0.1, so he's not helping in the field even. This guy needs to be off the team, he literally serves no purpose. 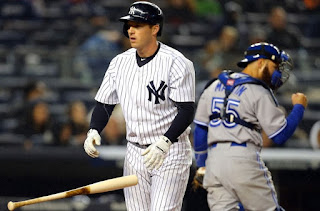 At the same time MLB ready Rob Refsnyder sits in Triple-A with a .283 average to go along with eight dingers and 47 runs driven in. It's really a no brainier who should be the every day Yankee second basemen.

It's kind of funny how GM Brian Cashman failed to address crucial holes on the roster, most notably starting pitching, in the name of saving prospects but he refuses to promote and use them when they're ready.

Said rotation is riddled with question marks. Nathan Eovaldi has a 2nd half ERA of 2.81 but has only averaged 5.7 IP in that time. Ivan Nova has an ERA of 3.52 but has also struggled to go deep in games lasting a similar 5.75 IP a game. Aside from CC's last performance he's been dreadful all year. Masahiro Tanaka is giving up home runs left and right.

Simply put, there's a lot of question marks on the rotation and failing to add depth at the trade deadline was a very witless move.

The bullpen has been a strength for the team, but Joe Girardi continues to look absolutely lost managing it as he very nearly (and frankly should've) cost the Yankees a lead against the Sox this week, then blew two games against the Jays by putting Brandon Pinder in to pitch to the heart of the Jays lineup in the 10th inning Friday then by leaving Ivan Nova in too long Saturday.

It just hasn't been a good stretch for the Yankees and the team sorely needs to get back on track. Can they do that with this roster? I sure hope so, but I'm not completely convinced. It doesn't seem like the waiver trade market will provide much so the team is pretty much stuck with internal depth. Rob Refsnyder could solve the Drew problem, but with top prospect Luis Severino in the MLB now, there's no rotation help left to be had. Maybe we can hope Pineda's struggles this year were to to injury and he comes back strong and healthy? That's all we have. 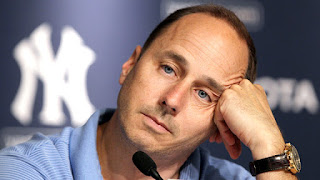 But the point is we aren't being "spoiled" or "greedy" fans when we say we have real concerns for the team. It looks pretty bad now and the Jays are only 1.5 games back, so the "6 game lead" card can no longer be played. And if God forbid the Yankees don't take the division, they'll be fighting six other teams all within four games of the second wild card.

This is the most prestigious organization in all of sports and George Steinbrenner instituted the philosophy of winning and nothing less and that's what we and you should expect from the team. Derek Jeter famously said he would never want to be the kind of guy that was content with his team just making the playoffs and that's why we at BBB don't settle for anything less than a championship. 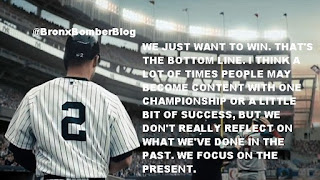 The team isn't out of it yet, but it is certainly at a crucial point of the season where it needs to turn it around lest it lose the division lead or even worse. The team seemed very frustrated today. Tex and Gardner both were visibly upset and I'm glad they realize they aren't playing up to their ability. Let's just hope they channel that frustration productively and manage to make up for the lack of moves that were needed to make the team a serious contender at the deadline.