The Repercussions of Inactivity are (Almost) Killing Me 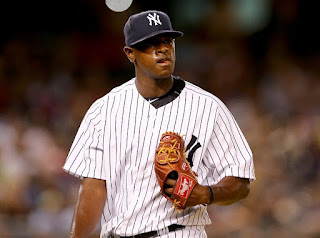 As I sat around for a considerable part of the day on July 30th, refreshing my twitter to keep up with the latest moves at the trade deadline, I started to get anxious. I feared we wouldn’t make a move, but

I knew we had one more day, so I went out to the beach (I was on vacation). To excite me a little, I came back to the news that we had acquired the former Tar Heel, Dustin Ackley who I advocated was a much better player than most of you thought, when healthy, of course.

The following day was much of the same, except, less of the beach, and more of me refreshing my twitter, simply hoping that the team made a move. To my dismay, crickets, the team did nothing, nada, zilch.

Don’t get me wrong, I was more than pleased the Yanks didn’t trade Luis Severino, Aaron Judge or Greg Bird. I was mildly happy we didn’t deal Jorge Mateo although if I were Brian Cashman, I would’ve pulled the trigger in a Mateo for Craig Kimbrel deal, but that’s a story for later.

People may say I was reckless in my strong opinions that we needed to make a move. The only way I counter that is to state the obvious that any real Yankee fan notices: this team has holes. I love the team to death, but if you’re a rational fan instead of a blind-optimist, you see the holes just as well as I do. Allow me to delve into a few moves I would’ve made to help this team as we evaluate the repercussions of standing pat at the deadline.

The Yankees have a second baseman that hasn’t cracked a .200 batting average all season long and his name is, drumroll, Stephen Drew. Drew once sat at a .200 average as he started 1-5 at the plate, but it all went downhill from there. Now I will say that his 15 homers have been a pleasant surprise and a pretty big boost for the team. That said, there’s no way anyone can convince me that a mediocre defender with sneaky pop who can’t hit above the Mendoza Line is serviceable in the MLB.

To plug that hole, I was in favor of getting the former Yankee and current Miami Marlin, Martin Prado, or even someone as cheap as Aaron Hill from Arizona. Unfortunately, neither of those players were dealt.

Although they’ve been much better of late, the Yankees starting pitching rotation is full of question marks and inexperience. The team also lacks a true ace that gets them over the top. To solve this problem, I salivated over the opportunity to get David Price although that may have been relatively unrealistic. In my mind, unless the Yankees were able to get Price, a move Brandon McCarthy-type move that the team made in 2014 would be unnecessary and cause repetition in the rotation, so I didn’t prefer to get Mat Latos, or a starter similar to him.

In not making a move, Cashman made a move of his own calling up the 21-year old Luis Severino. Severino has the make-up of a future ace and in just two starts, I’m already incredibly impressed and excited for the future with him leading the rotation. It’s always risky to thrust a rookie into the middle of a division race but I’d put my trust in Severino before nearly any other prospect in baseball to spark the team.

Although a reliever was unnecessary at the back-end, the Yankees bullpen has featured a revolving door all season. Acquiring the top closer in all of baseball during his time in Atlanta and the still imposing, shut-down closer from San Diego, Craig Kimbrel would’ve solidified the Yankees as having the top bullpen in baseball. With Dellin Betances in the 7th, to Andrew Miller in the 8th, to Craig Kimbrel in the 9th, you’re talking about a 6 inning game!

The Yankees had a legitimate shot at getting Kimbrel but it would’ve cost them their third best prospect per MLB.com in Jorge Mateo. I’m glad we kept him, but man, it would’ve been nice to snag Kimbrel. The Yankees also inquired about fireballer Aroldis Chapman and the unorthodox delivery-man Carter Capps from Miami. Obviously, both of them also would’ve put the Yankees bullpen way out in front of any other team.

Despite the Yankees failure to grab a second baseman, the team still has the opportunity to make a move internally and call up Rob Refsnyder. Quite frankly, I’m not sure what the franchise is waiting for. Additionally, former major leaguer Andrew Bailey has been dominant in the minor leagues and his presence in the Yankees bullpen could shut the revolving door in the pen, for good.

It still baffles me that the Yankees sat back and didn’t counter the surging Blue Jays as they acquired multiple players including superstars Troy Tulowitzki and David Price. Obviously, the Jays gutted their farm system almost entirely to pull these moves off which I was never in favor of, but I expected some form of action from the typically aggressive and late-striking Yankees.

But the fact of the matter is, the Yankees didn’t make any moves and since then, they’ve watched their 7 game lead in the AL evaporate as they now trail Toronto by half a game in the AL East. I love the idea of two wild card teams in a one team playoff, unless the Yankees have to play in that game because it’ll give me a heart attack so I ask one thing of the Yankees: win me the AL East!

By no means am I saying that because we didn’t make any moves that this team is done, and even despite their skid, I’ll remain cautiously optimistic, because anyone who watches baseball knows the game is a game of streaks. Unfortunately, the Jays are hot, and the Yankees are not. This couldn’t come at a worse time, but I fully expect Toronto to mellow-out and for the Bombers to start playing the baseball they’ve played up until this past week.