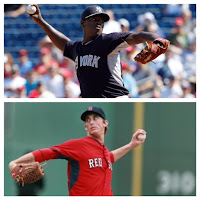 You read that right and yes, it was intentional; the title did rhyme. But that’s not important. What is important is that it’s time for yet another Yankees vs. Red Sox series in the Bronx. While the teams are on opposite ends of the spectrum when looking at the AL East standings, the rivalry being renewed is always fun. From top prospects debuting to tenured stars making their presence felt, this series, as always should be a good one.

GAME 1: Masahiro Tanaka (7-4 3.80 ERA) vs. Henry Owens (0-0 0.00 ERA)
First pitch: 7:05 PM ET on YES, NESN, and MLB Network
Game one will feature Yankee ace Masahiro Tanaka vs. Red Sox #5 overall prospect Henry Owens. Owens, formerly the Red Sox top overall prospect entering 2014 now sits as the team’s fifth best prospect and #48 overall according to MLB.com. at 6’6” Owens was drafted in a loaded 2011 draft class for the Red Sox and has enjoyed a lot of success in the minor leagues. Owens has struggled from a win-loss standpoint in the minors this year going 3-8 but he has a very good ERA of 3.16 in 21 starts. On the flipside, Tanaka looks to regain his confidence against a slumping Red Sox team. This should be a highly anticipated game for both sides (possibly more so for the Sox) and on paper, this may be the best game we see all series, so lookout for a potential pitcher’s duel to open up the series.

GAME 2: Luis Severino (0-0 0.00 ERA) vs. Steven Wright (4-4 4.53 ERA)
First pitch: 7:05 PM ET on YES, NESN, and ESPN
Game two, without a doubt is one of the top three most highly anticipated Yankee games for Yankee fans to this point and it has everything to do with Yankee top prospect, Luis Severino toeing the rubber for his first career start. Severino has rapidly emerged as a top prospect being ranked #16 overall by MLB.com as he has dominated in the minor leagues. Since being called up to triple-A, Severino is 7-0 with an ERA of 1.91 in 11 starts. Severino is the most highly-touted pitching prospect to come out of the Yankee farm system since the long forgotten Joba Chamberlain. Look for Severino to live up to the hype and bring his best start as he’s thrown into the heat of battle against the rivals on Yawkee Way. Opposing Severino will be knuckleballer Steven Wright as he looks to spoil Severino’s debut. As a right-hander, look for recently acquired Dustin Ackley to make his first start as a Yankee in this game. If Severino brings his best stuff, there’s no reason the Yankee offense doesn’t back him up against Wright.

GAME 3: CC Sabathia (4-8 5.54 ERA) vs. Eduardo Rodriguez (6-3 4.34 ERA)
First pitch: 7:05 PM ET on YES, NESN, and MLB Network
Game three is an offensive outburst waiting to happen, for both sides. CC Sabathia has been dreadful this year and although he started hot, Eduardo Rodriguez hasn’t been very good for the Red Sox, either. Rodriguez had a really good outing the first time he faced the Yankees going 6.2 innings allowing just 2 earned runs but I expect the Yankee offense to be in full swing knowing they’ll have to back up Sabathia. Inversely, the Red Sox bats will definitely feel a sense of urgency at the plate knowing their facing a pitcher in CC Sabathia with absolutely no confidence in getting hitters out at this point. If you like high-scoring affairs, game three will a great game for you to watch.

Four players to watch for each team:
Yankees
1.  Mark Teixeira
Mark Teixeira was the Yankees hottest hitter in July hitting .333 with 9 home runs and 19 RBIs. He followed that up with a home run on the second day of August marking his fifth home run in four games (pun unintended). The hot hitting Teixeira has quickly emerged as a dark-horse MVP candidate to a full-force, legitimate MVP candidate. I look for him to make his mark in this series as he typically does (please forgive my cheesiness but the pun intended that time). 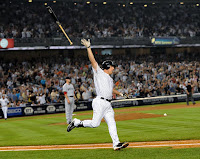 2. Didi Gregorius
Another scorching hot hitter for the Yankees is, yes, Didi Gregorius! The Yankee shortstop is finally finding his stroke at the plate as he hit .317 in July. Gregorius lacks a signature “Yankee moment” to this point in the season so he’s got a great chance to solidify himself amongst the Yankee faithful during this series.

3. Luis Severino
Let’s be honest, we’ve all cleared our calendars Wednesday night so we can sit down and watch Luis Severino make his major league debut. At just 21, I must say that this debut has come sooner than I initially expect, but that only adds to the anticipation of it. Look for Severino to thrive in pinstripes under the lights against the Yankees most hated rival. 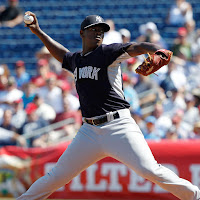 4. Alex Rodriguez
Alex Rodriguez (no, I will no longer call him “A-Rod” after his humble comments with the Baseball Tonight crew) might’ve been overshadowed by the month that Tex had but he too hit 9 home runs in July. The Yankee slugger has a prestigious past with the Red Sox and I look for him to fead off the abundance of lefty pitchers the Red Sox will throw the Yankees’ way.

Red Sox
1. Xander Bogaerts
Ah, yes, Xander Bogaerts, the All-Star snub, or as I like to say, the lone Red Sox player deserving of an All-Star appearance. In a down year for the Sox, Bogaerts has shined hitting .319 with 51 RBIs at the top of the lineup. It appears that Bogaerts is reaching his potential and I look for him to be a thorn in Yankee pitchers’ side during this series. 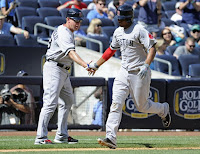 2. Travis Shaw
Travis Shaw has only played 11 games in a Red Sox uniform but he has burst onto the scene with the team. Since being recalled on August 1st in his third stint with the club this year, Shaw nearly hit for the cycle on Aug. 1 (he was a triple shy with 2 home runs) and another solid game Aug. 2. After a dreadful 0-9 start to his Red Sox career, Shaw was sent down, before being recalled, sent back down and recalled once again. Now, I may be getting ahead of myself by telling you to look out for him, but as a hot hitter, anything can happen and he fits the mold of a “Yankee killer.”

3. Henry Owens
As stated earlier, this series will be unlike most other Yankees vs. Red Sox series’ with both teams having highly-touted pitching prospects toe the rubber in separate games. As much as I wish Owens was facing off against Severino because, let’s face it, that would be awesome, having these prospects pitch on back to back nights only amplifies the excitement surrounding an already intriguing series. I look for Owens to have a solid debut as he’s thrown into the line of fire that is the Bronx Bombers.

4. David Ortiz
The reality is, every time there is a Yankees vs. Red Sox series, you’re always looking out for David Ortiz. He is the prototype of a Yankee killer. Ortiz seems to always knock the big hit, especially against the Yankees so you were probably already looking out for him to make his presence felt but if not, I’m issuing you a fair warning now.

Obviously, every series is big but series’ in August, September and October typically have a lot more riding on them and this one is no different. The Yankees are 8-0-1 in their last 9 series’ while the Red Sox are 5-4 in their last 9 series’. The top pitching prospects pitching on back to back nights for opposite sides brings the anticipation of this series to an extreme high and I encourage you to watch and enjoy this series as much as I will. As a prediction, I expect the Yankees to take game one in a close game and take game two fairly handily. However, I expect the Yankees’ efforts for a sweep to come up short in game three but the Yankees will still take two of three from the Red Sox.