Where Are They Now? An Update On Former Yankees

By Chad Raines - August 16, 2015
As we all know, baseball is a business. Players on every team come and go, whether it’s from free agency, a trade or retirement. Every once in a while I like to look up former Yankee players and seeing how they’re doing and I would like to share that information with my fellow readers. 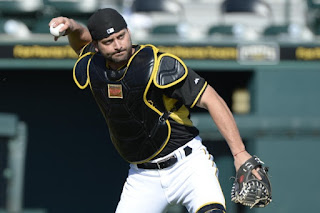 Curtis Granderson: (2010-13) Current Team: Mets
Even though Granderson has moved out of hitter friendly Yankee Stadium, he seems to still have his power stroke. During his first two years with the Mets, Granderson has hit 20 home runs while being able to stay healthy. While hitting mostly leadoff in the Mets lineup, Granderson can still hit the long ball with authority.

Robinson Cano: (2005-13) Current Team: Mariners
After having an All Star season and finishing 5th in the MVP voting in his first year in Seattle, Cano has had a very Un-Cano like season. While Cano has been a .300 hitter for most of his career, Cano has been hitting in the .260s this year. If this season is a sign of what’s to come, the Mariners will soon regret shelling out such a huge contract.

Phil Hughes: (2007-13) Current Team: Twins
After having a forgettable last year in pinstripes, Hughes thrived with his new team in Minnesota. Hughes in 32 starts had a 16-10 record with a 3,52 ERA in 2014, good enough for 7th in Cy Young voting. Although 2014 was a very good year for Hughes, he seems to have fallen back to Earth. At 10-8, Hughes currently leads all of MLB in hits and home runs allowed.
Francisco Cervelli: (2008-14) Current Team: Pirates
Since being traded to Pittsburgh for Justin Wilson , Cervelli has thrived in the starting role for the Pirates. As a starter, Cervelli has been batting .300 and has been setting a lot of career highs. In his first full season as a starter, Cervelli looks poised to help lead the Pirates into October.

Nick Swisher: (2009-12) Current Team: Braves
After not living up to expectations in Cleveland, Swisher was dumped onto the Braves earlier this month. Swisher hasn’t made a good first impression with the Braves either as he’s gone 1-14 in his first 5 games in Atlanta. Although Swisher has been injured a lot the last fews years, he has not played up to his contact he signed with the Indians after the 2012 season.

Shawn Kelley: (2013-14) Current Team: Padres
In all honesty, I totally forgot about Kelley until I started writing this article. Maybe it’s because our bullpen has been so good this year. Anyways, Kelley has had a pretty good year for the Padres as he has a 2.79 ERA through his first 42 innings pitched. Although the Padres are underachieving this year after a huge offseason, I guess you can say Kelley has been over achieving during his short time in San Diego.

Yangervis Solarte: (2014) Current Team: Padres
Another former Yankee playing in San Diego, Solarte was a feel good story during Spring Training last year. Since being traded for Chase Headley, Solarte has become a starter for the Padres as he has played all over the infield. Solarte is on pace to set many career highs this year as he is nearing 100 hits on the season. Solarte may have not been a big piece of Yankee history, but I feel like I’ll remember him in his short stint in pinstripes for years to come.

Jesus Montero: (2011) Current Team: Mariners
The former Yankee top prospect, Montero seemed to be a lost cause for the Mariners after having on and off the field issues. But, after a strong start in AAA this year, Montero earned another call up and has seemed limited time at first base and DH. Montero is batting .265 with two long balls through his first 17 games with the Mariners this year.

Ian Kennedy (2007-09) Current Team: Padres
Another former top Yankee prospect, Kennedy has 183 career starts between the Diamondbacks and Padres, including when he went 21-4 back in 2011. Although Kennedy hasn’t had quite the same success since 2011, Kennedy has been a decent, middle of the rotation starter for a few years now.

Zelous Wheeler (2014) Current Team: Tohoku Rakuten Golden Eagles (Japan)
Oh good ol’ Zelous Wheeler. After making his MLB debut with the Yankees last year, Wheeler allowed his rights to be sold to Japan for perhaps a better playing opportunity. Although Wheeler has been getting playing time, it hasn’t gone as Wheeler probably planned for. Through 50 games with the Golden Eagles, Wheeler is batting a Stephen Drew like .189 with 5 home runs and 17 RBI in 127 at bats. I’ll be interested to see if he’ll come back to the United States next year since he has had way better numbers in the minor leagues for his career.