Why Jorge Posada Should Be a Hall of Famer

By Chad Raines - August 22, 2015
As we celebrate the day that Jorge Posada is enshrined into Monument Park, I thought I should make my case for why Posada should be granted baseball’s highest achievement and baseball immortality. 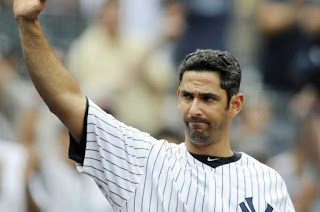 As Jorge Posada prepares to have his number retired and his plaque placed in Monument Park, he becomes eligible for the Hall of Fame this upcoming year as his five year waiting period will come to an end. Considering Posada is not a top 5 catcher of all time and looking at the candidates for next year’s Hall of Fame class, which includes another catcher, Mike Piazza, Posada isn’t primed to be a first ballot Hall of Famer. Even though Posada’s chances on being elected in his first year are a long shot, the former Yankee catcher has every bit of credibility to one day stand among baseball’s greats in Cooperstown. 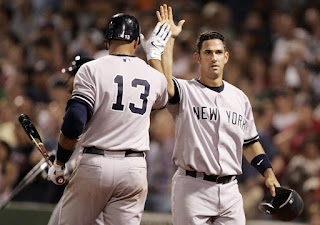