Matz Pitches the Mets Past the Struggling Yankees

By Unknown - September 18, 2015
The Yankees started a three-game series in Citi Field on Friday night. Masahiro Tanaka and Steven Matz faced off on a humid Friday evening in Flushing Meadows. In Tanaka's three starts in September, he's gone 2-0 with a 2.11 ERA, allowing just five earned runs in 21.1 innings while striking out 22. Meanwhile, young Steven Matz still has not lost in his rookie season and he's pitched well in September, recording a 2-0 record and a 2.61 ERA in two starts. The Mets rode their offensive firepower and excellent pitching to an easy win over the Yankees, who have been struggling offensively. 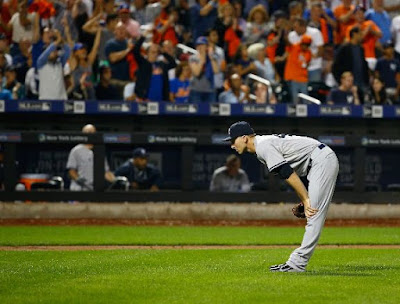 The Yankees struck first in the first inning as Chris Young’s 1-out sacrifice fly brought Brett Gardner home from third and the Yankees led 1-0. However, the game went downhill from here. The Mets tied it up quickly in the second when Lucas Duda homered to right. In the sixth, Brendan Ryan came up with Didi Gregorius and Greg Bird on the corners but he grounded out to end the inning (#RISPfail). Both pitchers pitched well until Tanaka gave up a sixth inning home run to Daniel Murphy that made it 2-1. Juan Uribe then added a 2-run home run to make it 4-1 off of Chasen Shreve to secure the game for the Mets. In the eighth, Branden Pinder came in and gave up a triple to Daniel Murphy and a walk to David Wright. James Pazos relieved Pinder but to no avail, as Eric Young Jr., who pinch ran for Murphy, scored on Pazos's wild pitch and made it 5-1. Jeurys Familia came in for the Mets in the ninth. The Yankees loaded the bases with one out after Jacoby Ellsbury's batted ball deflected off of Jeurys Familia. However, Brett Gardner and Chase Headley both failed as Gardner flied out and Headley struck out. Game over and the Mets won 5-1. 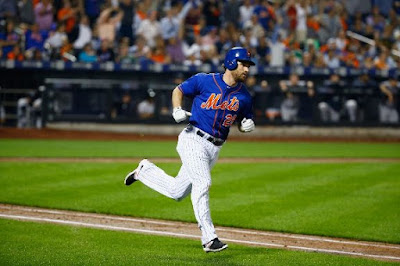 Tomorrow’s (Saturday, September 19) first pitch is at 1:05 PM ET and will be broadcasted regionally on FOX.