Our Number One Liability: Joe Girardi

By Unknown - September 24, 2015
Anybody who has read anything I’ve written for this blog will know by now that I am no fan of Joe Girardi. I can’t comprehend how any person who watches the Yankees on a daily basis can think Girardi is a good manager. In fact, I think he is one of the worst in the league. This recent series against the Blue Jays, which essentially determined whether or not the Yankees would have any chance at winning the AL East, featured Girardi’s shortcomings as a manager on full display yet again. It infuriates me that Girardi decided to manage the most important games since the 2012 ALCS as if it were April. In July, the Yankees led the division by eight games over the Blue Jays. The Blue Jays have been virtually unstoppable since their trade deadline acquisitions, and although Cashman’s complacent approach is also to blame, Girardi has made many decisions that have cost the Yankees games. Throughout the early part of the season I kept a list of decisions made by Girardi that led to Yankee losses, however he has been so atrocious the last month or so that I haven’t been able to keep track. I would advocate firing Girardi right now, however if the Yankees fail to win the wild card game, which it is all but assured they will play in, he cannot, under any circumstances, be allowed to manage this team next season. 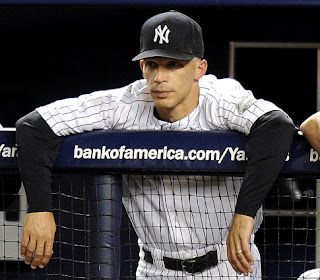 Though the Yankees offense is largely to blame for Wednesday’s 4-0 loss at the hands of the Blue Jays, Girardi made an awful decision that we cannot ignore. In the bottom of the sixth, the game was scoreless. Up until this point, Ivan Nova, to the surprise of many, was pitching an absolute gem. With two outs, and a man on first, Girardi opted to pull Nova, who had thrown 110 pitches, in favor of the lefty James Pazos. Predictably, Pazos failed to record the third out. Next up, on Girardi’s spin of the wheel was Caleb Cotham, who gave up a run scoring single to Kevin Pillar. It is time for Girardi to throw his binder into the garbage can, where most of the relievers in the Yankee bullpen came from, and start managing games like a manager should. As previously mentioned, this was the biggest game the Yankees had played in almost three years, and it should have been managed accordingly. Andrew Bailey, another reliever from the dumpster dive, surrendered a three-run homer to Russell Martin in the eighth, which virtually ended any hopes the Yankees had for winning the division. Pazos, Cotham, and Bailey, are all on this roster because of September call-ups. The three of them should have been nowhere near this game. Period.

On Tuesday night, thanks to the late inning heroics of Greg Bird, the Yankees won in spite of Girardi’s incompetence. With a 3-2 lead in the top of the ninth, and runners on second and third with no outs, Girardi refused to pinch run Rico Noel, whose only purpose on this team is to run the bases, for Chris Young. On a shallow fly ball, Jose Bautista threw out Young at the plate for his second outfield assist of the night. The third base coach, Joe Espada, also displayed his incompetence twice during this game, and should be relieved of his duties immediately, but that’s a topic for another day. When you have the baseball equivalent of Ussain Bolt on your bench, why not use him? Girardi was grossly out managed this series, and as a result the Yankees choked yet again against the Blue Jays when they needed a win the most.

The only positive thing I have to say about Girardi is he has finally benched Stephen Drew. Dustin Ackley, the only player General Manager Brian Cashman acquired at this year’s deadline, has been on fire lately, and has rightfully been getting the starts at second base of late. Previously, Girardi was going with the offensively challenged platoon of Drew and Brendan Ryan. I’m disgusted that Slade Heathcott hasn’t been utilized at the plate since his game winning homerun against the Rays last week, especially considering Brett Gardner is a .200 hitter in the second half. The hottest players should get the playing time. Period. Girardi’s mantra has been to “play the players that got us here.” Apparently he sticks to this strategy, even when those players are playing horribly. There’s nothing wrong with that, right?

I get brain aneurysms from watching Joe Girardi attempt to manage his bullpen. Chasen Shreve was very reliable for a much of the year, but he has been utterly horrendous for the last month or so. For some reason, Girardi has an obsession with Shreve. He has continuously brought him in to high-leverage situations, only to watch him falter time and again. There are only three relievers who can be trusted at the moment: Justin Wilson, Dellin Betances, and Andrew Miller. This is the time of year when players have to take on an extra workload, and for neither of these three to be used in a one-run game that determined whether or not the Yankees had a fighting chance in the division is an absolute disgrace. As of this recent series against the Blue Jays, all innings restrictions and days off for our players should have come to an end. Unfortunately, our manager did not see it that way.

For the first time since 2012, the Yankees had a prime opportunity to make some noise in the playoffs, and hopefully win a twenty-eighth World Championship. Joe Girardi’s mismanagement of his pitching staff, and unwillingness to navigate from the familiarity of his famous binder, has lost us numerous games this year. I fear that in the one game playoff the incompetent manager will make a foolish decision that will deprive us of more October baseball in the Bronx. In an ideal world, only Masahiro Tanaka, Dellin Betances, and Andrew Miller will be allowed to pitch. Of course, Girardi has no control over whether or not the inconsistent offense will once again rear its anemic head. I understand that the manager cannot control how his players play, but he does control who plays, and when they play. His habit of resting players who are playing well, and inability to effectively manage his pitching staff have been detrimental to the team, and will continue to be until the day he is relieved of his duties. As of now I am focused on winning the wild card game and going as far as possible in the playoffs, however whenever our season concludes, serious questions must be addressed regarding Mr. Girardi.