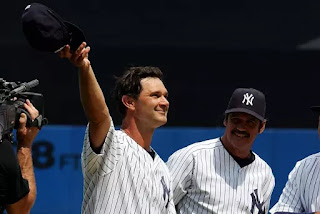 Just a few days ago, the Los Angeles Dodgers announced that the franchise and manager Don Mattingly were parting ways. Mattingly still had one year left on his deal, but an extension in LA was not looking very likely. Nonetheless, this is as good of an opportunity as ever to bring Donnie home.


Mattingly took over in Los Angeles for his good friend and legendary Yankee manager Joe Torre in 2011. Donnie Baseball endured a slow start with the team failing to make a postseason appearance in his first two seasons managing the club. But from 2013 through 2015, with an incredibly talented roster with the highest payroll in baseball, Mattingly’s team won 90+ games and landed itself in the postseason three years in a row.

Where Mattingly draws his heaviest criticism is managing in the postseason. Mattingly holds a record of 8-11 (.421) in his career as a manager in the postseason and has only made it out of the NLDS once. We also saw this during his career as a player in pinstripes as he failed to win a World Series (insert expletive about the 1994 strike), his greatest criticism as a player.

Granted, Mattingly lost the respect of his players in the clubhouse in 2015, and it was probably time for him to go. We saw an example of this with the scuffle that him and Andre Ethier had in the clubhouse. And although the Dodgers failed to make it out of the NLDS again, it wasn’t all Mattingly’s fault. I mean, other than Justin Turner, their best player in the postseason was Enrique Hernandez, a mid-season call-up making the league minimum.

With Mattingly officially on the market, there are a few possible destinations including the apparent front runners, the Miami Marlins and the dark horse candidate, the Washington Nationals. The bottom line is, more likely than not, Mattingly will be managing a ball club in 2016.

Now, the Yankees have shown no intentions of parting ways with current manager Joe Girardi and he looks to be the guy on a heating up seat in 2016.

So in order for Mattingly to return to the Bronx, it begs the question “Is Mattingly willing to potentially take a back seat and become either a hitting coach or a bench coach again?” My response to that is simple: for any team other than the Yankees, no, but we know Yankee pinstripes hold a special place in Mattingly’s heart, so anything is possible.

There is almost no denying that bringing Don Mattingly in to be the Yankees hitting coach in 2016 would be a fantastic move for many reasons. The Yankee lineup is one bolstering big left-handed bats; there weren’t many left-handed sticks who hit better in Yankee Stadium than Mattingly did in his playing days. His knowledge for the game and experience in pinstripes is one that will garner the players’ attention and will bring him instant respect in the clubhouse.

The underlying reason to bring Mattingly in as the hitting coach of the Yankees in 2016 is that it puts immediate pressure on Joe Girardi. I, for one, was not all that happy with how Girardi managed the team in 2015 and think a change in the near future is imminent. Perhaps simply having Mattingly on the bench next to Girardi is a wake-up call, prompting Joe to improve his managerial ability being that there is a guy in his shadow waiting to take the reins. Food for thought. 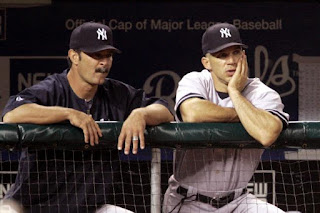 Bringing Mattingly in to coach the Yankees should be a priority for the Yankees this offseason. By no means am I saying this will happen and frankly, I can’t get my hopes up. But Mattingly is respected in pinstripes and he’s beloved in the Bronx, so this move makes too much sense for the Yankees not to make. Here’s to hopefully brining Donnie back to the Bronx.