Thoughts from the season that was

By Unknown - October 22, 2015
Although some of the words you are about to read may sound like the candy coated rain drops you hear on the YES network, I assure you I am not a paid affiliate. I am just a fan that agrees with the rational things the Yankees have managed to do right. 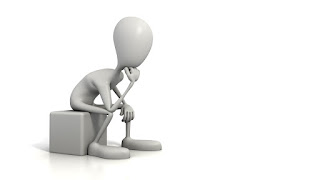 My goodness did the Yankees dodge a bullet on a potential David Price deal! I know many Yankee fans would disagree. But the truth is, had he become a Yankee, they would have been bounced out of the playoffs just as quickly. I know patience is a foreign word in New York but the lack there of would only have resulted in another Sabathia like contract, with even less of a farm system to boast. Those who do not know their history are doomed to repeat it. Just like he who contracts a 30 year old David Price for the obligatory 7 years will probably some where down the line need alcoholic rehab himself. Too soon?

If you're going to be angry at something be angry at how Curtis Granderson suddenly learned how to play baseball in the post season. Every time he struck out for the Yankees I took solace in the fact that maybe that blank look on his face really did mean there was nothing going on inside his brain. That fact was further validated during his Mets presser when he claimed that real New Yorkers were Mets fans. I wouldn't be surprised if that line was fed to him.

It was a frustrating season to say the least. As the Yankees lifelessly laid down for the Astros, I could hear the velocity of a thousand remote controls cutting through the air as they made their way through many a television. After the glass had shattered and the circuits shorted out we come to hear that the movers and shakers of Yankee-dom have fired their bullpen and hitting coach. How refreshing it is to know that they have their fingers directly on the pulse. Selective hearing does not play a part regardless of how low Girardi himself graded his performance as a manager. We as fans are in good hands. In fact I haven't felt this good since Chase Headly had to field a ball and Stephen Drew had an at bat! Who signed these guys anyway? Seeing the Steinbrenners make a move that falls withing the confines of common sense is about as weird as the bronx bomber blog having a die hard redsox fan in its writing staff. The only difference is we aim to keep it real

The fact that Greg Bird will spend most of the 2016 season in Triple A is just another reminder of how unfair life can be. And yes folks he is going to Triple A. Even if the Yankees were to eat the remainder of Mark Teixeira's contract, no one will take the bait on that bear trap. Furthermore his veto power to potential trades ensures that WHEN he gets injured in 2016 it'll be as a Yankee. I bet his hamstring is already tender.

While we are on the subject of trades, can we all finally agree on trading Ivan Nova? There has been a conscious effort around baseball to speed up the game and trading Nova would exponentially help the Yankees and their opponents. Or we could always encourage Nova to start a career in comedy. I still get a laugh every time I think about how he said he's the best pitcher in baseball. Sure trading Nova at best will only bring you a return of a clubhouse attendant and a concession employee to be named later but think of all the "it's not what you want" responses we won't have to hear anymore.

My only wish is that for the next 3 years, the Yankees find a way of raising their value and saving every shekel they have so when Scott Boras comes knocking at the door with a request of 16 years at 875 million dollars for Bryce Harper, the Yankees can make a respectable counter offer.
Article by: Danny Valentin
Follow me on twitter @DannyV128
Follow the @BronxBomberBlog on twitter for more Yankees news, updates, analysis, satire, live game tweets and all things Yankees!
Danny Valentin Opinion