By Unknown - November 23, 2015
We’re now heading into year 18 of the Brian Cashman regime and it’s definitely been a rocky relationship between he and the fans throughout his tenure. The Yanks have won four championships since he’s been in office but people are starting to grow weary of him and some of the decisions he’s made. But, a few seasons ago, Cashman started acquiring players that fit a certain criteria. Hear me out and let me tell you why even through all of the poor contract’s he’s shipped out, Cashman has figured something out. 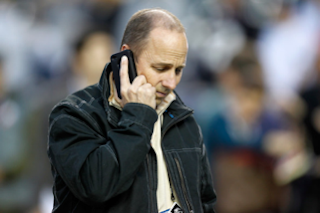 Even if Brian Cashman isn’t around for much longer, what he has started around the year 2012 is a nice blueprint for years to come. When the Yanks acquired Michael Pineda, he was a guy with a ton of talent but couldn’t put it all together. Last offseason, Cashman made similar moves once again acquiring the likes of Nathan Eovaldi and Didi Gregorius. Then at the trade deadline, former first-round pick Dustin Ackley. All three players have incredible talent but were taking a long time to blossom, so their respective teams chose to move on. The Yankees took a chance and all three paid dividends and helped the Yankees reach the 2015 postseason.

Yes, I know what you’re all going to say. “The one game playoff isn’t really the playoffs” or “we’re the Yankees, we shouldn't be happy with just getting into the playoffs.” I’m not disagreeing with you, but this formula has seemingly worked for the Yanks in recent years and I’d like to see them stick with it. Now, obviously I’m not saying this is how we should acquire all of our players. That being said, when the opportunities present themselves, the Yanks should capitalize.

They did just that this offseason already, acquiring outfielder Aaron Hicks. Hicks is a young, talented outfielder that hasn’t reached his full potential. Hicks was drafted in the first-round of the 2008 draft (14th overall) but has only seen big league success in a few facets of his game. He’s hit lefties well, has played stellar defense, and been able to steal bags. The Yankees are hoping they can maximize Hicks abilities and turn him into an everyday player.

The Yanks more recently were in talks with the Mariners about starting-pitcher James Paxton, another player fitting the mold of recent Yankees acquisitions. Paxton was drafted in the fourth round by the Mariners in 2010 and was their number three rated prospect headed into the 2014 season. 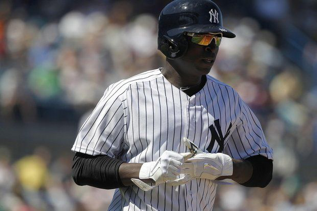 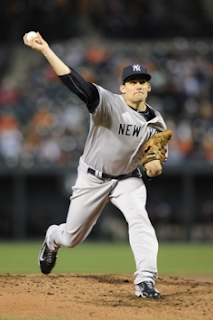 Brian Cashman has found success in once highly sought after prospects not panning out when teams hoped they would. The Yankees have taken chances on these guys and they have paid dividends for the organization. I hope they continue this trend all-the-while making other free-agent signings that help the New York Yankees win championships.