Fact or Fiction with the Yankees Latest Offseason Rumors 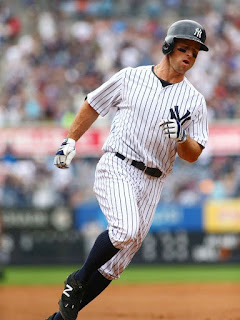 Although the offseason is young, the hot stove in the AL East is already burning. Yankees GM Brian Cashman has already made a few moves of his own and the Red Sox made a bold move in acquiring flamethrower Craig Kimbrel. Cashmans’ moves were relatively minor ones and under the radar, so as Yankee fans, we can hopefully look forward to some bigger ones as the offseason rolls on. Lots of rumors have been floated around by analysts and fans alike, some more believable than others.

Rumor: The Yankees are open to trading All-Star closer Andrew Miller
When I first saw this I laughed. I mean come on, there is no way Cashman would trade away the Mariano Rivera AL Reliever of the Year award winner right? Miller’s first season in the Bronx was near perfection as he produced a 2.04 ERA and struck out 100 batters in 60 innings. If Cashman were to trade Miller, it is certain that the Yankees would receive a great return, such as the ace they’ve been searching for. However, It’s hard to see the Yankees actually flipping Miller, as he was excellent in his first year and just entering his prime. Cashman has said though there are really no untouchables this offseason but I could only see them trading him if they were overwhelmed by an offer they couldn’t refuse.

Rumor: The Yankees will trade Brett Gardner
This rumor started swirling as the 2015 season dwindled down and now it is looking like one of the more sure things of the Yanks offseason plans. Gardner was an All-Star in 2015 but went through his usual 2nd half decline that has plagued him throughout his career. He is 32 years old but still possess great speed on the bases and a quality lead off bat. Any team would be happy to have someone like him in their outfield, as evident by the reports of the Seattle Mariners trying to acquire him. With the recent pick up of Aaron Hicks, Gardner appears to be even more expendable. Gardner along with another piece could be used to pick up a starting pitcher, as many reports speculate. I think there is a good chance that Gardner won’t be in the pinstripes come 2016.

Rumor: Aaron Hicks can be the Yankees everyday left fielder
After the Yankees acquired Aaron Hicks from the Minnesota Twins, most fans (myself included) assumed that he would take over the 4th outfield spot on the roster. A report came out that said Brian Cashman believes Hicks can be an everyday starter. Hicks fits the mold of Brian Cashman’s recent pickups, a young player whose’ potential hasn’t been reached yet. Hicks is a fine player, but he isn’t ready to start. I believe that the Yankees traded for him to be the 4th outfielder that can get reps in against lefties, as Hicks owned a .307/.375/.495 line against lefties last season. If the Yankees do indeed trade Gardner, look for Hicks to slide in as the 4th OF and a free agent to be signed to start.

Rumor: The Yankees will sign free agent OF Justin Upton
The early belief among baseball was that the Yankees would stay away from the top free agents due to money constraints. However one of the big name FA’s that analysts have tied to the Yankees is Justin Upton. He is still young, only 28, and he is expected to fetch a contract lower than Jason Heyward or Yoenis Cespedes. His power could translate well to Yankee Stadium as 15 of his 26 home runs last season came from Petco Park, known for being a pitchers park. His defense is not spectacular but it is serviceable. In order for the Yankees to sign Upton, they would have to trade an outfielder on the current roster, such as Brett Gardner. It is always tough to predict whether a team will sign a given free agent, but based off of the Yankees need for a consistent power bat in the outfield, seeing Upton in the Bronx next year seems like a likely possibility.