Why the Yankees should bring back Rich Hill

By Chad Raines - November 10, 2015
With the devastating imminent departure of Chris Capuano (I kid, I kid), the Yankees may look to the market to acquire a finesse left-hander to “replace” Capuano. Obviously, Capuano was absolutely dreadful and the need to a replacement for him isn’t necessary, but what if you can get a better version of him? What if that better version is Rich Hill? Am I going crazy for saying what I am about to say? I want Rich Hill. 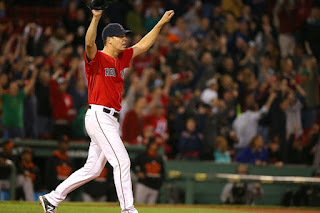 You may remember Hill; the Yankees had him in September of the 2014 season. And Hill typically gets a bad rap for his time in pinstripes, but when you look at the numbers, he really was not that bad. Hill pitched 5.1 innings with the Yankees striking out nine with an ERA of 1.69. Granted, he normally pitched in low-leverage situations.

Despite his competence in pinstripes, Hill then found himself in the Independent League with the Long Island Ducks. Hill made just two starts with the club pitching 11 shutout innings before being picked up by the Boston Red Sox.

With the Sox, Hill was absolutely incredible for the value that he was pitching at. In Hill’s first outing with Boston in 2015, he went seven innings allowing just one hit and no runs, while striking out 10! A week later, he picked up his first win of the season pitching seven innings, allowing three runs on seven hits while striking out 10 once again. Hill’s third start in the big leagues in 2015 was his best. Hill dominated the Orioles pitching a complete game shutout allowing two hits and once again, he struck out 10 opposing hitters. Granted, Mookie Betts robbed a home run in the ninth to preserve the shutout but Hill dominated lowering his ERA to 1.17.

Yankee fans may also remember Rich Hill getting the start against the Yankees in the Bronx on October 1. The Yankees won this game 4-1, but Hill logged his fourth straight quality start going six innings allowing four hits, two runs and six strikeouts. Beltran tagged Hill with a solo shot in the second inning, but Hill did not get run support and was eventually handed the loss.

So overall, Hill finished his 2015 campaign with four starts (all quality starts), a 2-1 record with a 1.55 ERA, 36 strikeouts and five walks in 29 innings. A case can be made that Hill was one of the best pitchers in the league in September. While I do not expect him to maintain these numbers, nor do I expect him to be one of the best pitchers in the league, at the value the Yankees could sign him at, this is an investment the Yankees have to capitalize on.

If the opportunity presents itself, and Hill expresses interest in returning to New York on a one year deal worth anywhere between the three to seven million dollar ranges, the Yankees would be foolish to not bite on it. The only downside to signing Hill is that he will be 36 years old on Opening Day, but that shouldn’t stop the Yankees from targeting him. This would be a signing going under-the-radar, but a solid one, nonetheless. 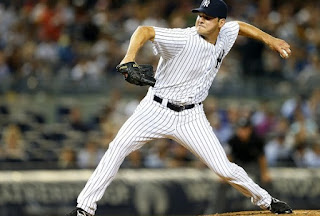 The 6’5” left-hander would immediately slot himself into the bullpen as the team’s long-reliever, spot starter and occasional middle relief pitcher. The versatility Rich Hill presents out of the bullpen and him being a clear-cut upgrade of Chris Capuano would be a luxury in the bullpen. Not to mention, it would ease the pain of losing everyone’s favorite player, Chris Capuano. Here’s to (hopefully) signing Rich Hill.