A Cooperstown case for Mike Mussina


With the Baseball Writers Association of America set to reveal the 2016 Hall of Fame ballot on January 6th, Yankees fans anxiously await the possibility of seeing former pinstriper Mike Mussina achieve baseball immortality. Unfortunately for “The Moose” many writers have been reluctant to place him on their ballot because he never won a Cy Young Award or led the American League in ERA. In the righty’s first two years of HOF eligibility, Mussina was overlooked due in part to comparisons with inductees Greg Maddux, Tom Glavine, Pedro Martinez, John Smoltz and Randy Johnson, who are some of the best pitchers of all time. Because of those factors, Mussina garnered just 20.3% and 24.6% of the vote in 2014 and 2015 respectively. However, with Ken Griffey Jr. being the only shoe-in for the 2016 ballot, this could be the year Mussina receives the needed 75% of the BBWAA’s votes and his long overdue welcome to Cooperstown. 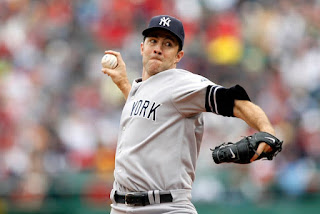 Beyond the stats that appear on the back of a baseball card, writers should consider ERA+, or adjusted ERA, when deciding whether to vote for Mussina. For those unfamiliar with the metric, ERA+ adjusts a pitcher’s earned run average according to the pitcher’s ballpark and league ERA, with 100 being the average and scores above that level being a good thing. Mussina is one of only 10 pitchers to have an ERA+ of 125 or above for 10 or more seasons. All of the other nine are Hall of Famers, except for Roger Clemens, who is being held out for PED allegations. Additionally, Mussina accomplished this elite feat while pitching his entire career in the AL East – home of some of the most hitter friendly ballparks in baseball. In fact, Mussina was the only pitcher to spend his entire career in the AL East during the steroid era – arguably the toughest era to be a pitcher in baseball history – and made 60% of his career starts at Yankee Stadium, Fenway Park, and Camden Yards.


Aside from just ERA+, many of Mussina’s other stats are Hall of Fame worthy. He currently ranks 24th all-time in Wins Above Replacement (WAR) among pitchers at 83.0, which is nine full wins above the average Hall of Fame-inducted starting pitcher. Mussina has also won 270 games, seven Gold Gloves, made the All-Star team in five seasons, and is one of 70 pitchers to work at least 3,500 innings. It is nonsensical for writers to keep Mussina off their ballot because he has never won a Cy Young Award. Since the accolade was introduced in 1956, Nolan Ryan, Juan Marichel, Ryan Roberts, Phil Niekro, Don Sutton and Bert Blyleven have all been inducted without ever winning the award. Although Mussina never won, the RHP did finish 6th or better in the Cy Young voting nine times.

Finally, with the recent controversial news of Pete Rose not being reinstated to the MLB because of his off-the-field actions, it would be refreshing for the game of baseball to see someone such as Mussina get inducted. Mussina has remained a part of the game after retiring by serving on the Little League International Board of Directors, and operates a training camp for student athletes in his hometown of Montoursville, PA.

Do you think The Moose should be Cooperstown bound? Leave us a comment or tweet us your thoughts.