Possibility of three former Yankees to return to New York

Yankees GM Brian Cashman arrived at the winter meetings with a solid bullpen and a second base situation filled with question marks. Although Cashman’s decisions were considered a success by many Yankees fans, the Yankees left Nashville with this situation reversed. To mitigate this problem, the Yankees should look to the help of some former pinstripers – who could help bolster the pen.

The hole in the Yankees bullpen began when the Yankees acquired 3x all-star Starlin Castro from the Cubs. After moving from SS to 2B in August, Castro hit .339 in 38 games, finishing the season with a respectable .265/11 HR/69 RBI line.


Although this deal solves the Yankees pressing need of 2B help, the bombers unfortunately had to part ways with RHP Adam Warren, whose versatility and effectiveness will certainly be missed, as he pitched to a 3.29 ERA in 43 appearances (17 starts). Instead of following up this deal by acquiring an arm as many expected, Cashman left Yankees fans everywhere scratching their heads as he dealt LHP Justin Wilson to the Tigers the following day in exchange for two prospects.

Without Warren and Wilson there to bridge the gap to Betances and Miller, the Yankees bullpen is now one of their biggest targets for improvement. Although young arms like James Pazos, Jacob Lindgren, and Branden Pinder showed potential in 2015, outside of Betances and Miller every bullpen roster spot is a question mark. As the Yankees begin their search to bring their bullpen back to full strength, here are a few targets that just so happen to have previously worn pitched in the Bronx. 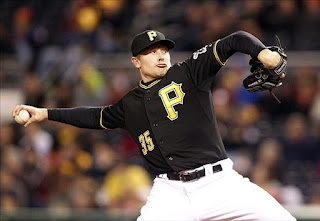 Mark Melancon (Pirates)
According to MLB Trade Rumors, Melancon is projected to earn $10 million in 2016 through the arbitration process, which has been rumored to be too pricey for the Pirates to pay a closer.  Since being traded for Lance Berkman in 2010, Melancon has gone on to become one of the most dominating closers in baseball. His name has been swirling around the rumor mill all offseason, and now is the perfect time for the Yankees to strike. Even though Melancon led with the league with 51 saves and earned the Trevor Hoffman award in 2015, his K/9 dipped from 9.0/7.2 and his FIP rose from 2.09 to 2.87 from 2014-2015. These statistical declines could work in the Yankees favor, as they may be able to help the Yankees acquire Melancon without parting with any of their top prospects. Even though his numbers have dipped slightly from what he put up in 2013-2014, he is still one of the best relievers in the game, and would be a huge addition to the Yankees pen if they are willing to take on his salary. 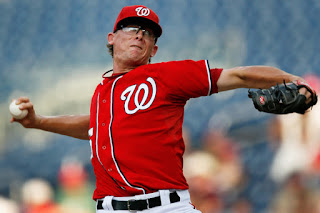 Tyler Clippard (Free agent)
Infamously traded to the Nationals for Jonathan Albaladejo in 2007, Clippards return to the Yankees would be a great fit. Unlike Melancon who could potentially struggle shifting from a closer to middle reliever, Clippard has been a lockdown setup man for years and owns a career 2.88 ERA. Clippard is believed to be seeking a three-year deal, and at just 30 years of age, this could be a low risk/high reward situation for the Yankees.  Looking beyond Clippards solid 2.92 ERA and 8.1 K/9 in 2015, he possesses two very enticing traits – he has already pitched in New York two separate times in his career (2007 Yankees, 2015 Mets), and has playoff experience (2012, 2014, 2015). MLBTR’s Tim Dierkes believes Clippard can be had for just $6 million/season, and could potentially be a bargain for the Yankees. 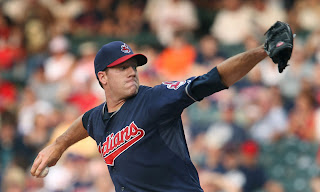 Zach McAllister (Indians)
McAllister never technically dawned pinstripes, but he was the “player to be named later” in the Yankees trade-deadline acquisition of Austin Kearns in 2010. McAllister came into his own in 2015, as he was converted to a full-time reliever. In 61 games, McAllister dazzled hitters to an impressive 11 K/9, good for 10th best among qualified AL relievers. Additionally, the righty always pitched to a 3.00 ERA, had an average fastball velocity of 96.30 mph, and is controllable for three more years. Since the Indians pitching is already very deep, McAllister could very well be an expendable piece for them. The Yankees should explore the possibility turning the dream McAllister had after being drafted in 2006 into a reality -- and give him the chance to finally pitch in pinstripes.