By Unknown - December 09, 2015
Just before 7:00 PM Eastern on Friday, December 9, 2015, and less than 24 hours after the Yankees acquired 2B/SS Starlin Castro from the Chicago Cubs, the Yankees traded LHP Justin Wilson to the Detroit Tigers for RHPs Luis Cessa and Chad Green. Please keep in mind that this trade may transition into another one where Cessa and Green are packaged to acquire a bigger name, so stay tuned for breaking news by following the BBB Twitter account!

Update at 7:22 PM ET: According to Andrew Marchand of ESPN, Yankees GM Brian Cashman stated after the Wilson trade that “I’m not done.” 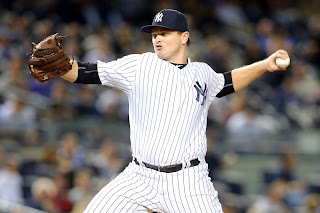 Justin Wilson was traded to the Yankees by the Pittsburgh Pirates a year ago for C Francisco Cervelli. In 2015, Wilson started off slowly but improved as the year went on. Known primarily for his 95+ mph fastball, Wilson struck out 66 batters in 61.0 innings of work, compiling a 3.10 ERA with a 5-0 record. Wilson started slowly as he pitched to a 5.17 ERA in the first two months of last season, allowing 9 runs in 15.2 innings. However, after giving up two earned runs in 0.1 innings on May 24, Wilson didn’t allow a single run until July 1, over a span of 13.2 innings in 15 outings. Not allowing a single run over the month of June, Wilson continued his midseason dominance in July as well, accumulating a 0.85 ERA in the months of June and July. He struck out 23 batters in 21.2 innings, and limited baserunners by allowing only 13 hits. He struggled a bit in August, as he gave up six runs in ten innings of work. Wilson was the primary seventh inning man throughout the entire year, bridging the gap between the starters and Betances and Miller. With him gone, it is expected that Jacob Lindgren, James Pazos, and Chasen Shreve, three LHPs in the Yankees bullpen, will bridge the gap that Wilson did last year. The Yankee bullpen is now dominated by LHPs, with Adam Warren gone now as well. For the Tigers, this is a solid pickup because they’ve needed a reliable left-handed pitcher in the bullpen and Wilson fits that role nicely. 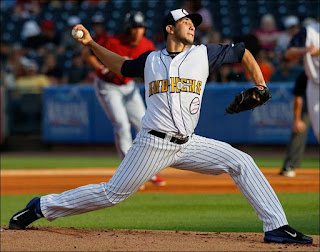 From the Yankees side of things, this was a puzzling trade. Neither Luis Cessa or Chad Green are well-known prospects, with Cessa being the 6th-ranked Tigers prospect and Green at #19. Luis Cessa spent 2015 partly with the New York Mets and the Tigers. Cessa is a starter who began the year  in Double-A Binghamton and Triple-A Las Vegas as part of the Mets before being traded to the Tigers as part of a package in the Yoenis Cespedes trade at the deadline. Cessa then spent the rest of the year at Triple-A Toledo. He had a 8-10 record, pitched to a 4.52 ERA in 139.1 innings. He gave up 163 hits, 70 earned runs, while striking out 119. Cessa had not been dominant previously either; in 2014 with the High-A and Double-A teams of the Mets, he started 21 games, giving up 117 hits in 118.1 innings, while accumulating a 4.26 ERA. These numbers are not impressive and I’m surprised to say the least that Cashman would give up a reliable pitcher in Justin Wilson for Cessa. Cessa seems like he’s not ready yet to pitch in the big leagues and is certainly not a high-level prospect either. 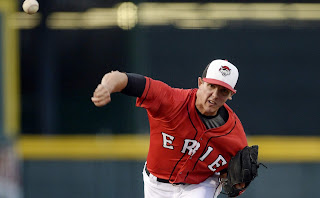 Chad Green was drafted by the Detroit Tigers in the 11th round in the 2013 draft and has spent his entire career in the Tigers’ organization. He played in Double A-Erie for the Tigers in all of 2015. As a starter, he had a terrible record of 5-14 in 27 games started, but had a decent ERA of 3.93. However, he gave up way too many hits, with 170 hits given up in 148.2 innings. He struck out 137 batters but had an incredibly high WHIP of 1.43. In 2014, spending the entire season in Single A-West Michigan, he had a decent 6-4 record with a 3.11 ERA starting in 23 games while giving up 121 hits in 130.1 innings. Green also does not look ready for the big leagues, so I am not sure what his role would be on the Yankees besides organizational depth.

Overall, this trade is confusing because of how far Green and Cessa are still from the big leagues. Because the Yankees needed bullpen depth, it is alarming that the Yankees gave up depth by trading Wilson but didn’t add to any other need. Currently, the BBB writers are waiting for a subsequent trade to happen, as that has been speculated in the media. It is possible that these two pitchers could be included in a package for a bigger name, but that is still currently unclear.