Trading Away Miller Would Be A Mistake

By Unknown - December 06, 2015
Recently, one of the more subtle issues for the Yankees has been Dellin Betances. By league standards, he and Andrew Miller are probably the second best 8th & 9th inning duo, just behind the dominance of the Royals bullpen, but toward the end of the year, many Yankee fans like myself almost suffered cardiac arrhythmias watching Betances. Once the offseason came, there were rumors that Andrew Miller was on the trading block for a high-end starting pitcher. What are you thinking, Brian Cashman? Cashman was giving up the only reliable arm that the Yankees could have for a closer. Unless he was getting someone like Stephen Strasburg in return (which he wasn’t), any subsequent trade should have been grounds for an immediate firing. Anyone with baseball comprehension knows Dellin Betances is unsuitable to be a closer and is only effective as a set-up man. Trading away Miller is and will be a huge mistake; especially with the way the free agent signings have gone for relievers, there is no way the Yankees could get proper compensation back for losing him. 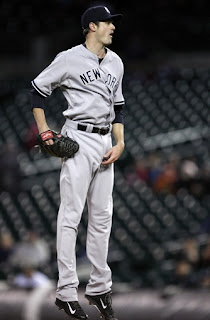 Andrew Miller & Dellin Betances
Let’s take a look at Miller’s run this season and see how irreplaceable he was when he was injured. He didn’t give up a run until May 19, his 18th appearance of the year and 18.0 innings in. Through the first two months of the year, he had a 0.81 ERA, was 15/15 in save opportunities, struck out 35, and walked only nine batters in 22.1 innings. Miller was pure filth. But on June 9, Miller went down with an injury and Betances was summoned to be the closer. Betances had just given up his first earned run of the year four days earlier on June 5, but he was not be the same pitcher after becoming the closer. In his nine appearances between June 14 and July 8, which was Miller’s stint on the disabled list, he had a 6.06 ERA, allowing 7 earned runs in 10.4 innings. Although he continued to strike out two or more batters in seven of those nine outings, he gave up eight hits; when compared to the stretch from Opening Day to June 14, he only gave up 11 hits and one earned run in twice the amount of time as compared to the time from June 14 to July 8.

After being selected to the All-Star Game, Betances became inconsistent the rest of the year. In August, he struck out at least one batter in every single outing, but also gave up 10 hits in 12.2 innings while walking five. 8 of his 11 outings featured at least 16 pitches, with most of those eight around 20 or more pitches, rendering him unusable for the next one or two days. That became a major issue especially when Chasen Shreve went through a tough stretch and wasn’t himself. That forced Justin Wilson to be the only reliable option for the next game after Miller pitched the same day Betances did. He threw 212 pitches in August, with only 129 being strikes (60.84%) Then in September, his command got worse. He walked two or more batters four times and three or more twice. Betances allowed 22 baserunners (11 hits and 11 walks) in a mere 14.2 innings with the Yankees fighting for a playoff spot down the stretch. He threw 18 or more pitches, which rendered him useless the next one or two days, in 9 out of his 13 outings. His 1.50 WHIP in the month of September was way too high for a set-up man, putting him at risk of one swing changing the entire course of the game, if not the season.

It wasn’t that Betances gave up too many runs. In fact, his second half ERA was 1.46, which was an entire run lower than Miller’s 2.51 ERA. It was Betances’s command that was a huge issue for the Yankees. His command, and therefore, inability to get outs, led to major issues. In fact, Miller converted 13 out of 15 save opportunities and in August and September, Miller only threw more than 16 pitches in 10 out of his last 25 outings. Neither pitcher was the same one from the beginning of the year, who combined to throw 47.1 innings before allowed an earned run. If Yankees GM Brian Cashman traded Miller, that would leave Justin Wilson and Dellin Betances to close games. Wilson has not proved to be consistent in the eighth inning and I do not want to see Betances load the bases with three walks like he did toward the end of the 2015 season and then try to escape in a Houdini-like fashion. It’s simply too risky for Cashman to give up Miller and not have anyone to back up an inconsistent Dellin Betances.

Comparison to the Best Relievers
I wanted to see how Miller and Betances stacked up against the best relievers from the Majors in the 2015 season, so I chose Aroldis Chapman (Cincinnati), Jeurys Familia (New York Mets), and Wade Davis (Kansas City). 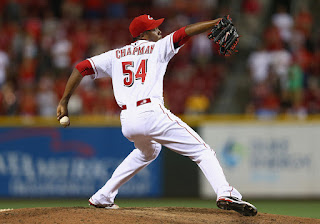 Aroldis Chapman was dominant, converting 33 out of 36 save opportunities. His command was average, walking 20 batters while striking out 78 in his last 44 innings from June to October. One of his weaknesses was his efficiency, as he threw more than 15 pitches in more than half of his outings in the second half. His strikeout numbers parallel Betances but his command is somewhat better. Chapman also brings an intimidation factor as his fastball is a terrifying 103 or 104 mph every single time. 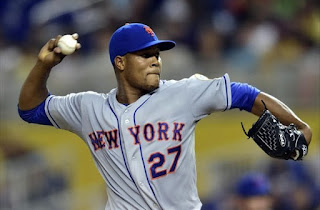 Jeurys Familia was not great in the postseason, but he pitched extremely well in the regular season. He converted 43 out of 48 save opportunities and walked only 19 batters all year in 78 innings. He struck out 86 but did give up 59 hits in 78 innings, which is a little higher than preferred. After blowing two straight saves on July 26 and 30, Familia did not allow a run for the next 16 outings (16 innings) while striking out 19 batters. In the last two months, Familia had a 1.32 ERA, allowing 4 earned runs in 27.2 innings. Simply put, Familia was dominant in the latter half of the regular season and was more consistent than Dellin Betances. 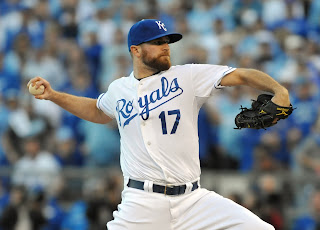 Wade Davis was a beast all season. Serving a similar role as Betances as the eighth inning man, he did not allow a run until June 2. Though he, at times, struggled with command (walked 6 batters in 11 innings in June and 5 walks in 11 innings in September), he was very reliable. He was efficient every time out, throwing more than 15 pitches in only 29 out of his 69 outings. He struck out 78 in 67.1 innings, and 28 batters in his last 23.2 innings in the regular season. His September ERA was 0.82; he came through clutch while the Royals battled for playoff positioning down the stretch. When he was called upon to close out games in the end of the year, he converted all 8 of his save opportunities from August 1 until the end of the year. In the postseason, he then casually dropped 10.2 scoreless innings in 8 appearances while striking out 18 and only walking 3. An absolute beast. He's a reliever I want in the Yankees bullpen. Imagine Davis-Betances-Miller. Absolutely lethal.

Summary
Trading away Andrew Miller would be a mistake for the Yankees. Dellin Betances is simply unsuitable to be a closer and if Miller were to be traded, that would lead to a major issue with only Betances and Wilson as the only options to hold down the eighth and ninth innings. There is currently no reliable closer that’s on or even around Miller’s level in the free agency market. Bringing in Darren O’Day would likely be too expensive and with him probably gone (rumors say he will be resigning with Baltimore), that does not seem like it’ll work. Miller is definitely a tradeable asset but the Yankees should be focusing on strengthening the bullpen because their rotation is still full of question marks.