By Unknown - April 27, 2016
After the Yankees won on Monday 3-1, thanks to Nathan Eovaldi’s dominant seven-inning outing, the Rangers retaliated last night with a 10-1 obliteration of the Yankees. Luis Severino struggled again, and this was his third out four starts where he’s run into trouble early and often. In this rubber game of a three-game series, the Rangers sent Martin Perez, while the Yankees sent CC Sabathia. Sabathia has been consistent, though not particularly dominant in any outing. Even if the Yankees can’t sweep three-game series, continuing to win every series is a step in the right direction, and a win tonight will be a big positive as they travel to Boston after tonight’s game. 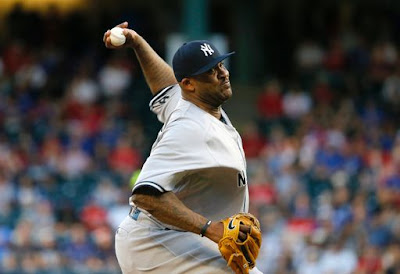 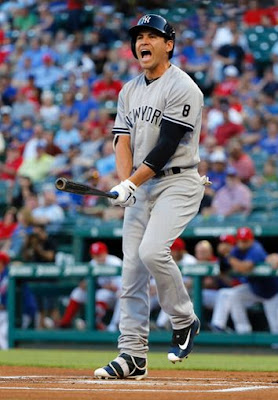 Picture Credit: Associated Press/Tony Gutierrez
2nd Inning
Starlin Castro helped the Yankees strike first with a RBI single to right, scoring Mark Teixeira from third. However, the Rangers tied the game in the bottom of the second. After Rougned Odor singled, there were runners on second and third (on the throw) with none out. Sabathia limited the damage to just one run. After Elvis Andrus grounded out, Hanser Alberto hit a slow roller to Sabathia, who fielded it and threw to first but failed to look Ryan Rua back to third. Rua scored as Sabathia tossed it to first. However, Brian McCann was alert enough to throw to third to throw out the advancing Odor at third. (Tied 1-1)
3rd Inning
The Yankees went down in order. Adrian Beltre made it 2-1 Rangers with a RBI single with 2 outs to left center. Sabathia worked out of a bases loaded jam by getting Odor to ground out. (Rangers 2-1)
4th Inning
Alex Rodriguez hit his third homer of the season to tie the game at 2. 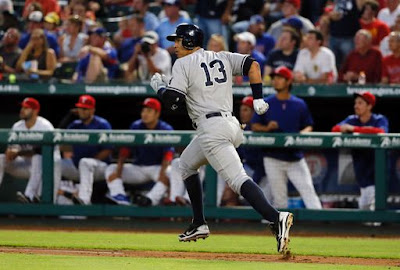 Picture Credit: Associated Press/Tony Gutierrez
In the bottom half, Sabathia set the Rangers down in order. (Tied 2-2)
5th Inning
Both teams went down in order. (Tied 2-2)
6th Inning
Brian McCann came up with A-Rod on second, after a double, and two outs but popped out. Then, after Sabathia innocently walked Rougned Odor with none on and two outs, Elvis Andrus’s line drive got past Carlos Beltran in right center. It rolled to the wall, Odor scored from first, and Andrus ended up with a RBI triple. Disappointing defense by Beltran. (Rangers 3-2) 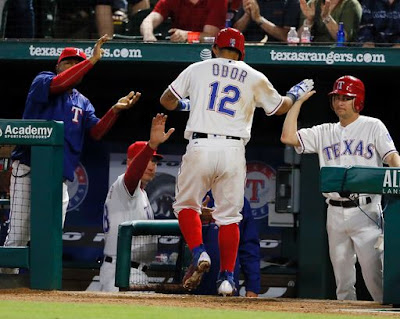 Picture Credit: Associated Press/Tony Gutierrez
7th Inning
Jake Diekman entered to start the seventh and set the Yankees down in order. Johnny Barbato entered for Sabathia in the bottom of the seventh and set the Rangers down in order. (Rangers 3-2)
8th Inning
Diekman stayed in the game and set down Ellsbury, Gardner, and Beltran in order. Barbato started the eighth, after he got two outs, Prince Fielder came up, so the Yankees sent out Chasen Shreve for a lefty-lefty matchup, and Fielder grounded out into the shift to Starlin Castro for the third out. (Rangers 3-2)
9th Inning
Shawn Tolleson entered for the Rangers to start the ninth. Alex Rodriguez singled with one out and Aaron Hicks entered to pinch-run for A-Rod. McCann grounded out but Hicks advanced to second. Starlin Castro came up, but Tolleson closed it out. Rangers won 3-2.