By Unknown - April 30, 2016
After last night’s disappointing 4-2 loss to the Red Sox, where David Ortiz drilled a tie-breaking 2-run home run off of Dellin Betances in the 8th, the Yankees will send Michael Pineda (1-2, 6.95 ERA) to face off against Boston’s Rick Porcello (4-0, 3.51 ERA). Pineda has struggled heavily all season, as his high ERA has shown. Meanwhile, Porcello hasn’t lost an outing this season. The Yankees have been struggling on offense, ranking 29th in runs and they have only score 12 runs in their last six games. Meanwhile, their crosstown rivals in Queens, scored 12 runs in one inning alone last night. Chase Headley, arguably the biggest liability on offense, has not had an extra base hit and has the lowest batting average (.140) out of all qualified batters in the majors. Pineda must right the ship and the Yankees will need to restart its offense again in order to win tonight. 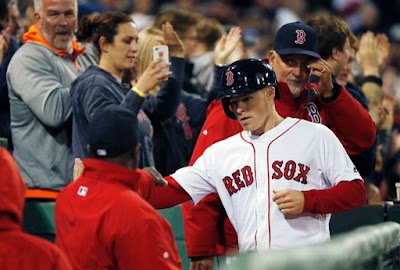 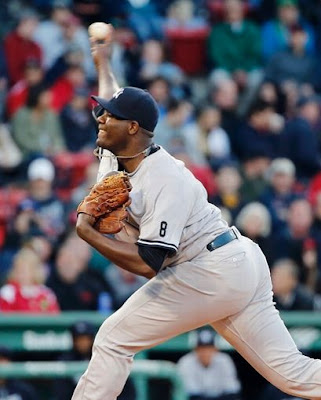 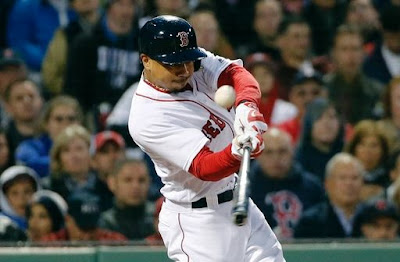 Picture Credit: Associated Press/Michael Dwyer
3rd Inning
Rick Porcello set the Yankees down in order. Boston put runners on the corners with Brock Holt at the plate and two outs, but Holt grounded out. (Red Sox 2-0)
4th Inning
Porcello retired the Yankees 1-2-3. Mookie Betts and Dustin Pedroia both came up with Jackie Bradley, Jr. first with one out, but neither could do anything. (Red Sox 2-0)
5th Inning
The Yankees got Headley on first and Gregorius on third with two outs, but Ellsbury grounded out to second and the Yankees could not score with RISP. 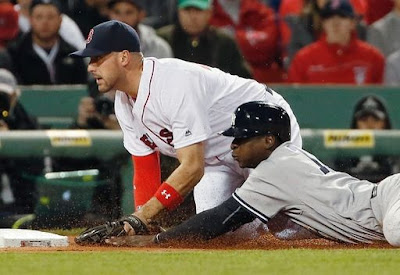 Picture Credit: Associated Press/Michael Dwyer
Pineda ended his outing by setting down the Red Sox in order. (Red Sox 2-0)
6th Inning
No offensive threat from the Yankees. Chasen Shreve came in for Pineda to start the 6th. Jackie Bradley, Jr.’s RBI triple made it 3-0. Kirby Yates then entered and Betts promptly singled off of Didi Gregorius’s glove (probably an error) to make it 4-0. (Red Sox 4-0)
7th Inning
Porcello retired the Yankees in order. Johnny Barbato entered for his first ever outing in Fenway Park. His first batter, David Ortiz, greeted him promptly with a deep home run to right to make it 5-0. Brock Holt's extended at-bat resulted in a RBI groundout, but Holt reached on a Starlin Castro error while fielding. Nick Goody entered with one out and men on first and second. Bradley, Jr. tripled to right and Boston extended its lead to 8-0. (Red Sox 8-0)
8th Inning
Yankees did not threaten against Robbie Ross, Jr. The Red Sox loaded the bases against Nick Goody, but could not capitalize. (Red Sox 8-0)
9th Inning
Junichi Tazawa entered for the Red Sox to start the 9th and closed out the 8-0 Red Sox win.
Next Game: Yankees (Nathan Eovaldi) @ Red Sox (David Price)