Tanaka’s four-seam has risen from the ashes

By Unknown - April 27, 2016
Since Masahiro Tanaka elected to not get Tommy John surgery, the questions about his arm have swirled. He’s also changed his pitching style for the most part, electing to throw more two-seam fastballs to compensate for a drop in velocity amongst other things. However, a few starts into the 2016 season, it seems like Tanaka has elected to turn to the four-seamer more often and it’s been a huge part of his vast improvements as the velocity has definitely returned to what it was during his “rookie” campaign. 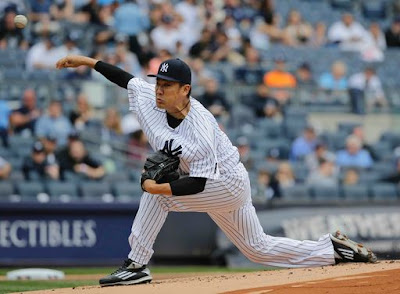 Picture Credit: Associated Press/Frank Franklin II
In 2015 we rarely saw Tanaka living above 91-92 miles per hour with his heater. In his last two starts specifically, we’ve seen Masahiro juice it up to 94 on some occasions. His fastball has come to life and has the similar “rising” action on it from when he first arrived in the states. It just so happens that his last two starts have been his best two of the year, both in which he able to give the Yankees seven strong innings.

When Tanaka first came to America, everyone knew about his splitter but what everyone seemingly forgot is the pitch that set the splitter up and that was his four-seamer. When he has both pitches working – like he did his entire first major league campaign – he’s very difficult to hit. With the splitter and fastball going, Tanaka can look like he’s throwing a whiffle ball at times, especially with his fastball going up like a riser and his splitter nose diving into the dirt. 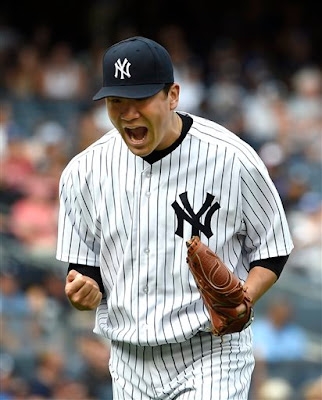 Since going to strictly two-seam fastballs, too many times Masahiro’s pitch has run directly over the heart of the plate and blasted out of the park. With his four-seam velocity sitting near 94 MPH, it’s hard for opposing batters to get on top of the ball and mash it for a home run. He’s allowed just two homers so far in 2016, one over his last two starts and the home run came on a two-seam that leaked over the plate. If Tanaka can continue the current path he’s on, the head of the Yankees staff will be in very good shape. The four-seam almost seems critical to his success and helps set up his slider and devastating splitter. I’m not promoting the complete removal of the two-seamer, but a few more straight heaters could be exactly what the doctor ordered.

Let’s hope there are no doctors actually involved.