Will the real Michael Pineda, please stand up?

By Unknown - April 20, 2016
To be quite obvious, a team’s success is contingent on its ability to pitch. When the Yankees acquired Micheal Pineda for virtually nothing – yes, I’m calling Jesus Montero nothing – there was excitement brewing in the Bronx. Pineda is a very large human, standing 6’7” and big dudes like “Big Mike” have always been difficult to handle for opposing hitters. The issue has never been Pineda’s stuff, however. For a guy who’s generally been injury prone throughout his young career, staying consistent has been the hardest thing to figure out. 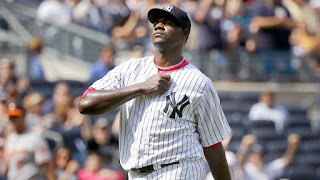 Picture Credit: Fox Sports
In Pineda’s first 13 starts with the team in 2014, he was magical every time he was in-between the lines. In 76 1/3 innings he pitched to a 1.83 ERA and an even more impressive 0.83 WHIP. He only allowed 18 runs (16 earned) during the aforementioned 13 starts. If that doesn’t get your willies tingling about what was to come at the top of the Yanks rotation, than what really does?

Unfortunately, 2015 wasn’t very similar to the year prior. It was up and down like a playground teeter-totter. He had an unforgettable 16 strikeout, zero walk game last May to stretch out his record to 5-0 followed by two consecutive putrid starts in which he gave up 18 combined hits and nine combined earned runs. That is the frustrating aspect of the peculiar case of Michael Pineda. 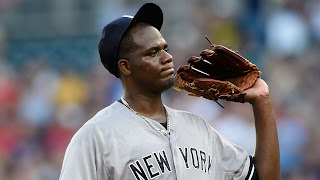 Picture Credit: Sporting News
Pineda has a unique ability to throw strikes and rarely walks anyone, but it gets him in trouble at times. Learning to suddenly throw more balls when you’re taught to throw strikes is difficult but Pineda could benefit from it. It almost seems like he struggles with throwing the ball out of the zone at times when the situation calls for it.

Pineda could be such a wild card for the Yankees rotation. With no true ace and Masahiro Tanaka the only seemingly *reliable* starter, New York needs somebody to step up. A lot of people around baseball expect it to be Pineda. That consistency word starts to creep into the conversation once again, and until he can show some, he’ll continue to be another average pitcher with wasted potential. 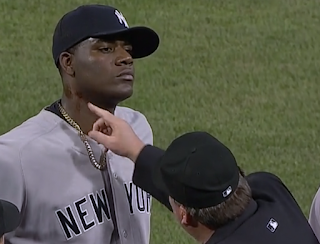 Picture Credit: Outside Pitch MLB
Maybe it’s time for the pine tar to come back? Just hide it a bit more, Big Mike. I’m kidding..kind of.